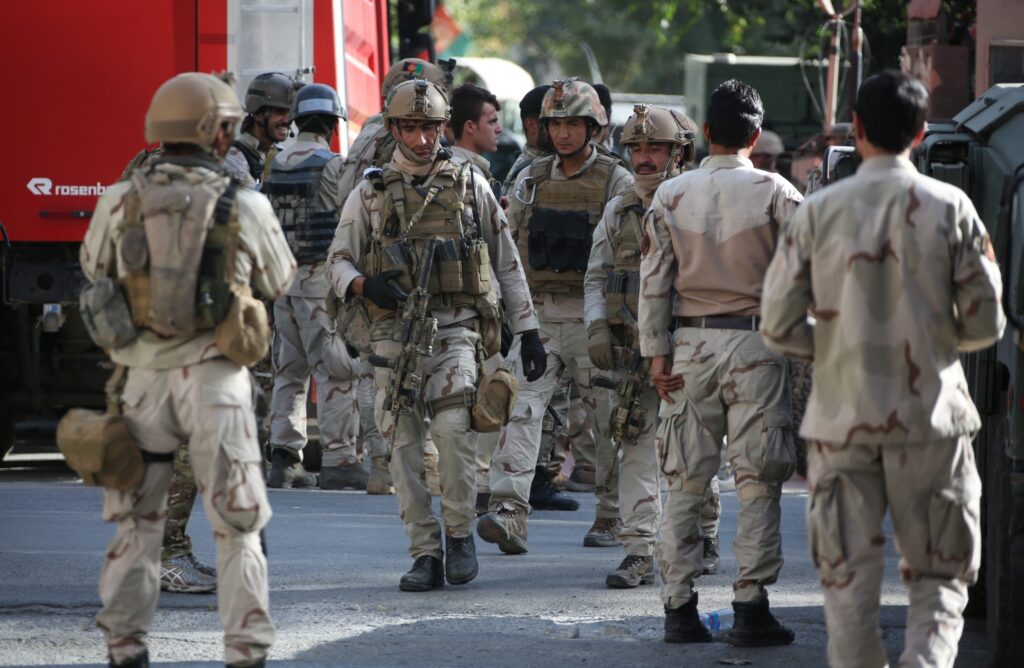 New Delhi: The US Embassy in Kabul is instructing personnel to destroy sensitive materials as well as items “which could be misused in propaganda efforts”, according to a management notice sent to the staff.

The notice about “Emergency Destruction Services” underscores the dire situation on the ground in Afghanistan as cities continue to fall to the Taliban, a CNN news report said.

The report said that one intelligence assessment indicated that Kabul could be isolated by the Taliban within the week, possibly in the next 72 hours, but stressed that does not mean the militant group would enter the capital.

President Joe Biden spoke with Secretary of State Antony Blinken, Defense Secretary Lloyd Austin, and National Security Adviser Jake Sullivan on Friday “about the ongoing efforts to safely drawdown the civilian footprint in Afghanistan”, according to a White House tweet.

In preparation of that effort, Friday’s embassy notice said facilities would provide “destruction support” daily and called on personnel to “please take advantage and reduce the amount of sensitive material on the property”, including papers and electronics.

“Please also include items with embassy or agency logos, American flags, or items which could be misused in propaganda efforts,” it said.

The notice said there would be a variety of means to destroy these materials, including burn bins, a disintegrator, an incinerator and a compacter and heavy-duty equipment.

The State Department said that this was part of the standard procedure applied when minimising the US footprint.

The situation on the ground is incredibly challenging for US diplomats, who say that plans are changing by the minute.

The notice said there would be a variety of means to destroy these materials, including burn bins, a disintegrator, an incinerator and a compacter and heavy-duty equipment.

As the Taliban rapidly surges and American diplomats and military leave, many in Afghanistan have been left in a state of unease, fear and despair.

There is particular concern among women, minorities, and those who worked for the US government — groups who now face repression and reprisal by the Taliban.