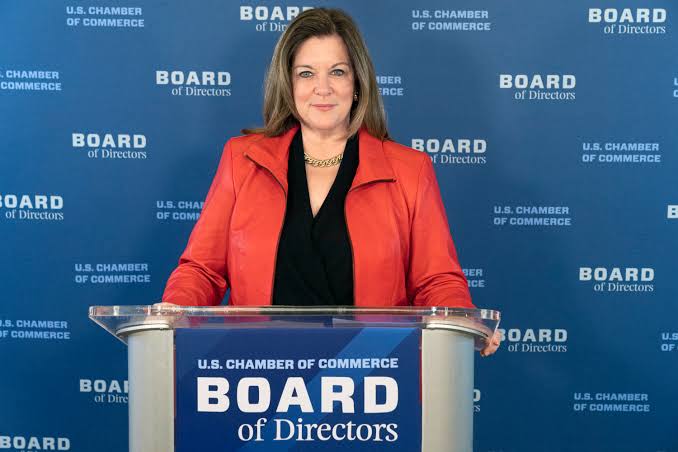 The much-awaitedpull up is right around the corner where several US companies have started opening up work related positions for Americans as well as people on various Visas in the US. This brings a sigh of relief amidst several unemployed people residing in the US and this wave of well ordered employment strategies and less restrictions over attaining Visas such as H-1B was brought by Suzanne Clark currently the CEOof the U.S. Chamber, the first woman to hold the position. Clark succeeded Thomas J. Donohue who served as the CEO of the U.S. Chamber for 24 years on March 11 this year.

As The Chamber of Commerce is the world’s largest business federation, representing more than 3 million businesses as well as state and local chambers and industry associations, Clark understands that there is a huge shortage of skilled and professional people in America. In view of this, the US Chambers of Commerce has started a massive campaign. Under this, the Biden administration and the US Congress have been urged to double the number of H-1B visas and eliminate the quota for each country for green cards. The H-1B visa is a non-immigrant visa through which US companies hire workers overseas for work that requires theoretical or technical proficiency.Tech companies rely on the H-1B visa system to hire thousands of people every year from countries including India and China.

The demand of the US Chambers of Commerce is to increase the H-1B quota, which is currently 65 thousand. Apart from this, he has demanded that the quota of additional 20 thousand should be increased for those who have come from outside for higher education in America.

According to Suzanne Clark, President and CEO of the US Chamber of Commerce, if this is the time for the American to move forward once again, American companies will face problems due to the lack of workers. The Chamber has requested for employment-based immigrant visas to be increased from 1.40 lakh to 2.80 lakh annually. Chambers has requested the annual green card quota not to count the employee’s spouse and minor children. With this, the number of employment-based migrant workers can easily be doubled every year.

Under the America Works agenda, the US Chamber has requested doubling the maximum limit for employment-based visas, doubling the quota for H-1B and H-2B visas. Apart from this, Chambers has also urged the implementation of reforms in the legal immigration system so that companies can easily hire workers. Chambers has urged the US government to increase investment in rogue education and training programs and expand it to childcare for working parents. According to Clarke, the US government should focus on developing skills that will make it easier for Americans to find jobs, and relaxing visa rules will help attract talent from around the world.