Sri Lanka’s newly-appointed Prime Minister, Mahinda Rajapaksa, has secured a majority in the island’s 225-member Parliament and will continue to retain his job despite protests from the ruling United National Party (UNP), the Rajapaksa-led Sri Lanka Podujana Peramuna (SLPP) said here on Saturday.

Namal, an SLPP legislator and Rajapaksa’s eldest son, told Xinhua news agency that his father had secured the support of over 120 legislators, thus winning him a majority at the Parliament, and a new caretaker government would be sworn in soon.

“All MPs supporting Mahinda Rajapaksa will meet President Maithripala Sirisena later on Saturday and we will finalise the new list of ministers. A new caretaker government will be formed either on Sunday or Monday,” Namal Rajapaksa said.

He added that the immediate aim of the caretaker government would be to stabilize the economy and end the political crisis in the country.

Rajapaksa was appointed as the nation’s new Prime Minister by Sirisena on Friday night, shocking “ousted” leader Ranil Wickremesinghe and his UNP.

The President, in a letter sent to Wickremesinghe said he had been removed after the Sirisena-led United People’s Freedom Alliance (UPFA) quit the national coalition government.

Wickremesinghe called the move “illegal” and said a Prime Minister could only be sacked if he loses a no-confidence motion in Parliament. He vowed to continue on the post and called for Parliament to convene to prove his majority. 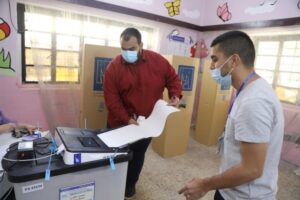 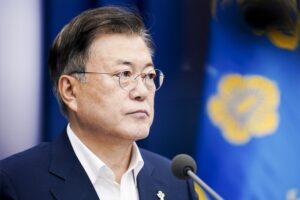