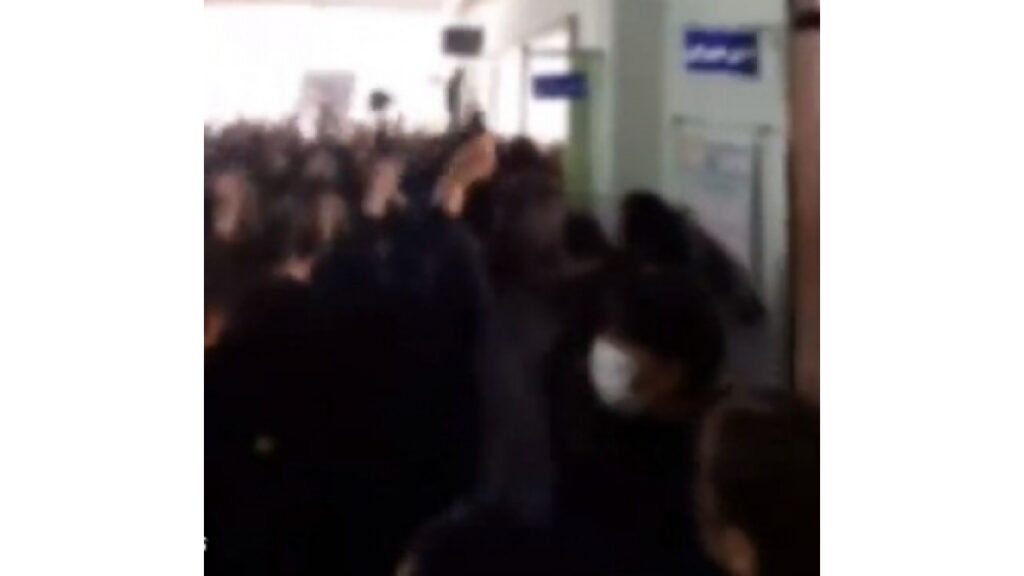 London : In an unprecedented move, schoolgirls have joined the protests that have swept Iran since the death of a woman detained for breaking the hijab law, the media reported.

Videos verified by the BBC show teenage students waving their headscarves in the air at demonstrations inside schoolyards and on the streets.

They are also heard shouting slogans against the clerical establishment, including “mullahs must get lost”.

The chants echoed those heard at the wider protests over the past two weeks, BBC reported.

In one video posted on social media on Monday, girls in Karaj, a city just to the west of the capital Tehran, force a man believed to be the local education director out of their school and shouting “shame on you”.

In the southern city of Shiraz, dozens of schoolgirls blocked traffic on a main road while waving their headscarves in the air and shouting “death to the dictator” – a reference to the Supreme Leader, Ayatollah Ali Khamenei, who has the final say on all state matters, BBC reported.

Further protests were reported on Tuesday in Tehran and the north-western cities of Saqez and Sanandaj.

A number of students were also photographed standing in their classrooms with their heads uncovered. Some were raising their middle fingers — an obscene gesture — at portraits of Ayatollah Khamenei and the founder of the Islamic Republic, Ayatollah Ruhollah Khomeini, the BBC reported.

The protests by the schoolgirls began hours after Ayatollah Khamenei, who has final say on all state matters, broke his silence on the unrest and accused the US and Israel, Iran’s arch-enemies, of orchestrating “riots”.

He also gave his full backing to the security forces, which have responded to the protests with a violent crackdown.

The unrest was triggered by the death of Mahsa Amini, a 22-year-old Kurdish woman who fell into a coma after being detained by morality police on 13 September in Tehran for allegedly violating the law requiring women to cover their hair with a hijab, or headscarf. She died in hospital three days later.