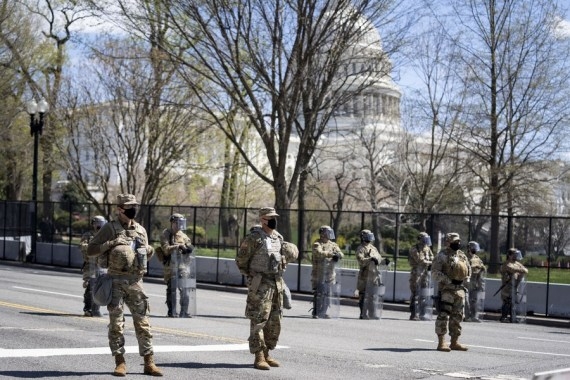 Washington : Authorities in Washington D.C. have heightened security measures around the US Capitol as hundreds of protesters are expected to attend a right-wing rally in the city on Saturday in support of people who were arrested after the deadly January 6 riot.

The series of safety measures for possible scenarios during the “Justice for J6” rally, include reinstalling fencing on Capitol and a request by US Capitol Police for D.C. National Guard support, reports Xinhua news agency.

The Department of Homeland Security has estimated about 700 people will attend the event, according to a report by NBC News on Thursday.

A temporary inner perimeter fencing around Capitol started being put up on Wednesday night and was expected to complete within 24 hours.

On Saturday, when the fencing installation has been completed, vehicle access to the Capitol will be limited to Congress and staff, local media reported.

The Supreme Court will have a temporary fence placed around its perimeter as well.

“The fence will go up a day or two before, and if everything goes well it will come down very soon after,” Capitol Police Chief Thomas Manger told reporters earlier this week.

Capitol Police, who have asked the Pentagon for National Guard support, will also have additional personnel and external law enforcement posted throughout the Capitol complex, said the reports.

D.C. police have already released a list of street and parking restrictions, taking effect Saturday from 5 a.m. to 11.59 p.m.

The rally is planned by former President Donald Trump’s campaign staffer Matt Braynard, head of Look Ahead America, a non-profit dedicated to “standing up for patriotic Americans who have been forgotten by our government”.

Braynard told washington-based WTOP radio station that the rally won’t be cancelled over the risk of violence, adding: “There’s not going to be any violence.”

Look Ahead America is also planning rallies in 17 other cities across the country on the same day.

On Monday, Capitol Police officers arrested a 44-year-old man for allegedly possessing a bayonet and a machete outside the Democratic National Committee headquarters, which sits just south of the Capitol building.

Both items are illegal in Washington.

Some 140 police officers were reportedly injured when confronting a mob of Trump supporters who breached the Capitol on January 6 in an attempt to stop Congress from certifying the 2020 election results for President Joe Biden.