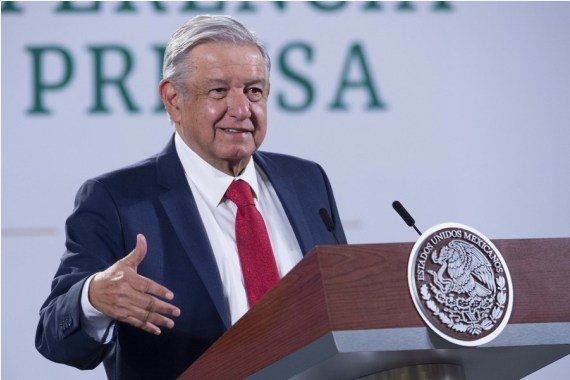 Mexico City : Mexican President Andres Manuel Lopez Obrador said said that Haiti’s political instability coupled with poverty and violence are driving mass migration northward through his country to the US.

“There is a lot of political instability (in Haiti), let’s not forget that the president was assassinated and that there is a lot of conflict,” the President told journalists here on Thursday.

Lopez Obrador said the Mexican government has been unable to complete the delivery of more than 1,000 tonnes of food and aid for earthquake victims due to the violence, with one Mexican ship facing “attacks and shootings” as it approached Haiti’s capital Port-au-Prince.

“There is a very difficult situation in Haiti that has to be taken into consideration” when analysing the recent surge in undocumented migrants, the President said.

Lopez Obrador reiterated his proposal to tackle mass migration by addressing its root causes, such as joblessness, with the support of the U.S. government and other nations.