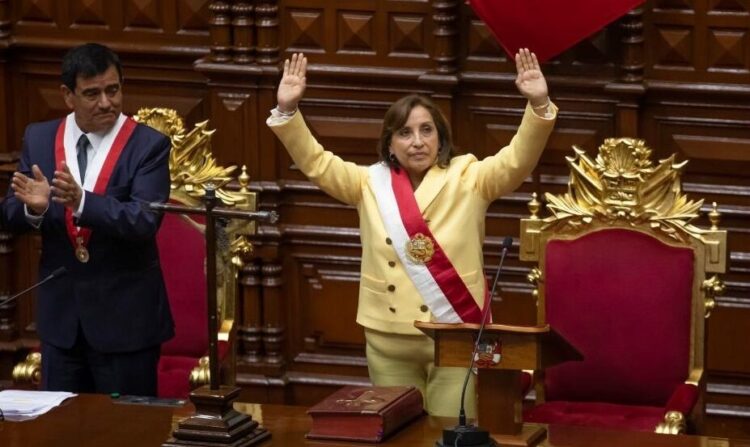 Lima : Peru’s new President Dina Boluarte acknowledged the possibility of holding the next elections earlier than scheduled amid protests.

“If the situation warrants it,” the government will be in talks with the political and democratic forces of Congress on bringing forward elections, Boluarte told local media on Friday.

Castillo, who was then detained by security forces, had said earlier that the impeachment motion approved by the opposition-led Congress “is part of the political game” against him.

Boluarte’s remarks on early election came as protests broke out along parts of the Pan-American Highway in Peru’s Arequipa, Ica and Tacna regions, where residents have put up road blocks with stones, sticks and tires to show their opposition to Castillo’s arrest and demand his release.

Boluarte called for calm, arguing her assumption of presidency was in keeping with the Constitution, and the political crisis was not brought about by her.

The new President has been meeting with congressional groups from “both the right and left” prior to naming her ministerial cabinet.