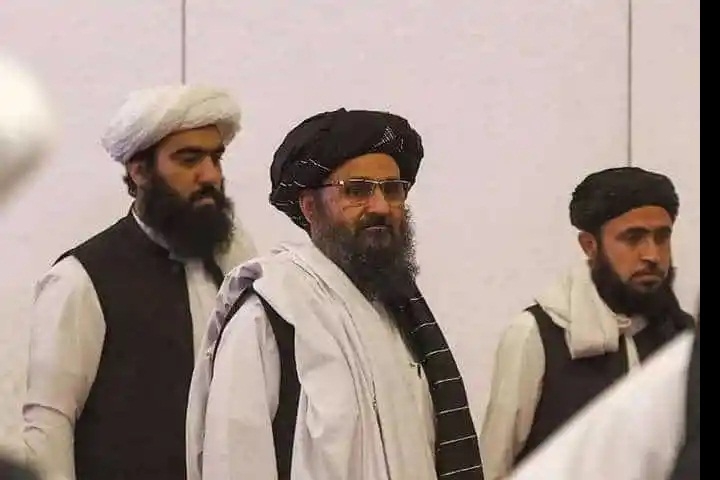 Islamabad : The appointment of veteran Taliban leader Mullah Muhammad Hassan Akhund as Afghanistan’s caretaker Prime Minister, with Mullah Abdul Ghani Baradar as his deputy, comes as a pleasant development for Pakistan as Akhund has a history of being close to its powerful military establishment.

Mullah Akhund comes from the Zarai district of Kandahar. He is the co-founder of the Taliban movement and happens to be one of the closest associates of Mullah Omar. In fact, they were friends from their teen days.

The 71-year-old did his early education in various seminaries of Afghanistan. However, he was unable to complete his education due to the war against the Soviets. It is said that Akhund was among those who conceived the idea of the Taliban movement.

He played a major part in opening diplomatic channels with countries including Pakistan, Saudi Arabia and the United Arab Emirates (UAE) during its first stint in power.

The development holds importance for Pakistan as the top tier of the Taliban will have easier access and discussions with the Pakistani establishment as the common ground is already established between the two from the 1990s.

Afghanistan is now gaining global attention as the country heads towards a major humanitarian crisis with the United Nations calling for an immediate aid supply of at least $660 million, for at least four months, to cater to the possible disaster.

Pakistan’s role will remain important in the overall supply aid along with manoeuvring internal changes and decision-making, aimed at formulating a system that is acceptable and termed legitimate to the world.

For this purpose, engaging with the Taliban leadership holds undeniable importance. And now with the current leadership in Afghanistan in place, Islamabad may well be the main channel for communication, influence, and contemplation tactics for global powers including the United States and NATO countries.

This comes even ash anti-Pakistan sentiments are boiling in Afghanistan, visible images of which were witnessed on Tuesday in rallies taken out in Kabul with anti-Pakistan slogans being chanted.

Taliban spokesman Zabiullah Mujahid, however, rejects the claim that Taliban are accepting Pakistani influence in formation of the government and in taking decisions for Afghanistan.

“Pakistan does not influence us in our matters. This is a false narrative that is being propagated,” he said at a press conference where the caretaker government was announced.