Washington, Nancy Pelosi, Speaker of the Democrats-led US House of Representatives, said that she was not being briefed on President Donald Trump’s health, who is currently in hospital following his Covid-19 diagnosis.

When asked during a CBS News interview on how frequently she was being briefed on Trump, Pelosi said: “Well, we’re getting our information the way everyone else is, in the media. But in terms of the succession, that’s an ongoing process. Sadly, at this time, it comes to the forefront.

“our prayers are with the President and the First Lady and all those who surround him. Hopefully, the extent- the tracing, the contact tracing will give us an idea who needs to be treated so that the toll of this terrible virus isn’t even worse than it is.

“The President has the best of care. That’s what we want for him and the family. I’ve always prayed for the family, for their safety throughout the presidency, as I have done for all presidents.

“We pray for his good health, his speedy recovery. But I hope it will be a signal that we really have to do better in preventing the spread of this virus.”

Pelosi further said that she was not interested in how Trump testing positive for the virus would have an impact on the upcoming November 3 presidential election.

Regarding talks with Treasury Secretary Steven Mnuchin in an effort to strike a deal on an additional Covid-19 aid package, Pelosi said “we are making progress” but the Republicans were objected.

On October 1, the House passed a massive $2.2 trillion relief bill which features almost $500 billion for state and local governments; a renewal of $600 weekly payments for unemployment benefits; another round of $1,200 checks for individuals; $75 billion for coronavirus testing; and billions of dollars more for schools, the Postal Service, food stamps, rental assistance and election security. It also contains emergency bailout funds for two industries hit hardest by the pandemic: airlines and restaurants. 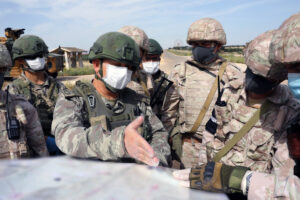 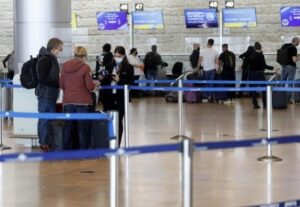 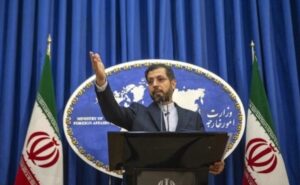