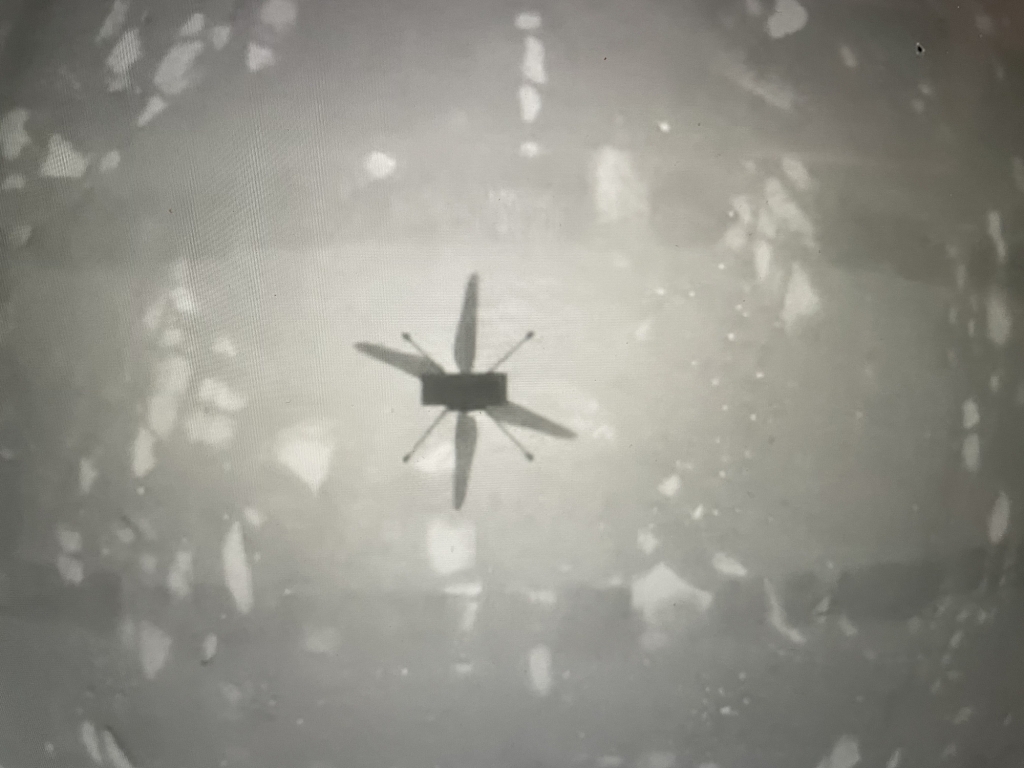 Washington,  In a historic feat for humankind, NASA on Monday successfully launched the first powered, controlled flight of its Ingenuity Mars Helicopter on another planet.

The mini helicopter began its flight approximately at 3:45 p.m. (India time) and the data was received at NASA headquarters around 4.25 p.m. (India time). It took off a few feet from the ground, hovered in the air for about 20 to 30 seconds, and landed.

After this feat, the team will now attempt additional experimental flights of incrementally farther distance and greater altitude. After the helicopter completes its technology demonstration, Perseverance rover will continue its scientific mission.

“Every step we have taken since this journey began six years ago has been uncharted territory in the history of aircraft,” Bob Balaram, Mars Helicopter Chief Engineer at JPL, said recently.

The mini helicopter flew to Mars while being attached to the belly of NASA’s Perseverance rover, which made a February 18 touch down on the Red Planet.

The original flight date of April 11 shifted several times as engineers worked on preflight checks and a solution to a command sequence issue. It also survived its first night alone on Mars’ frigid surface.

The sole mission of Ingenuity, a technology demonstration, is to conduct flight tests in the thin atmosphere of Mars; the helicopter carries no science instruments.

Within 30 Martian days, or sols (a Martian day is 24.6 hours), on the surface, Ingenuity will complete its testing, and Perseverance’s scientific exploration of Jezero Crater will kick into high gear.

The Perseverance rover will provide support during flight operations, taking images, collecting environmental data, and hosting the base station that enables the helicopter to communicate with mission controllers on Earth.

The data returned could benefit future explorations of the Red Planet — including those by astronauts — by adding the aerial dimension, which is not available today.

“When NASA’s Sojourner rover landed on Mars in 1997, it proved that roving the Red Planet was possible and completely redefined our approach to how we explore Mars. Similarly, we want to learn about the potential Ingenuity has for the future of science research,” Lori Glaze, director of the Planetary Science Division at NASA Headquarters, said in a recent statement.

“Ingenuity is a technology demonstration that aims to be the first powered flight on another world and, if successful, could further expand our horizons and broaden the scope of what is possible with Mars exploration,” Glaze added.