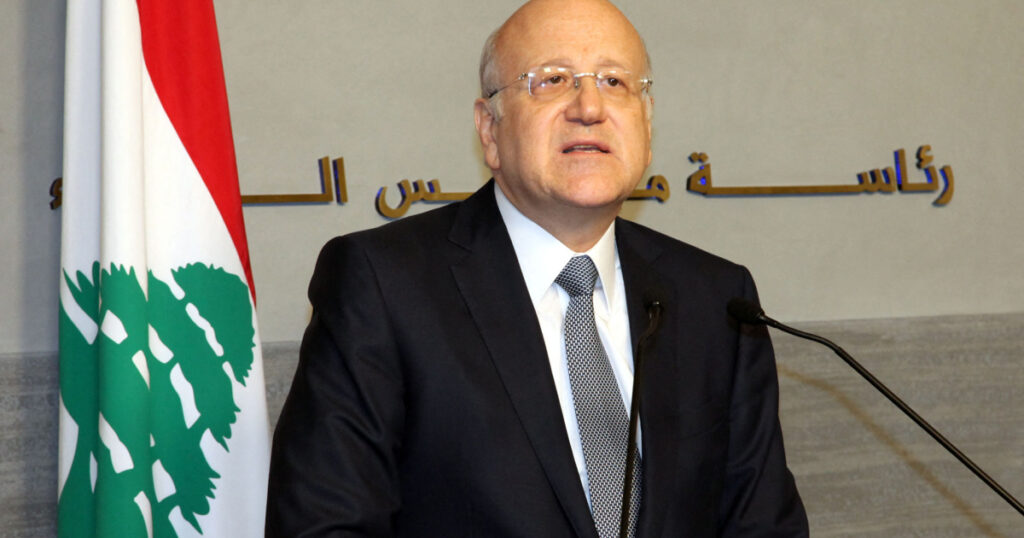 Beirut,  Najib Mikati was named as Lebanon’s new Prime Minister with 72 votes in parliament following months of political turmoil in the crises-hit country.

Mikati gave a speech following his appointment on Monday, calling upon all political parties to cooperate with him on finding the right solutions to the country’s crises, reports Xinhua news agency.

“The vote of confidence by MPs is necessary for my appointment but I am keen to gain the confidence of the Lebanese population, every man and woman, and the youths,” Mikati said at Baabda Palace after his meeting with President Michel Aoun.

Mikati said he has received international guarantees and he aims to implement the French initiative.

“I do not have a magic wand; this is a very difficult mission. It will succeed only if we manage to cooperate together by avoiding political bickering and useless accusations,” he said.

However, Mikati faced opposition from the country’s two main Christian parties, the Free Patriotic Movement and the Lebanese Forces.

Mikati’s appointment came a few days following the resignation of Saad Hariri as Prime Minister-designate for failing to form a non-partisan cabinet.

The country has been without a cabinet since August 10, 2020 when caretaker Prime Minister Hassan Diab resigned in reaction to the Port of Beirut blasts which killed over 200 people and wounded thousands of others.

Hariri was appointed as new premier on October 22, 2020 but he failed to form a new cabinet given his differences with President Aoun over distribution of ministerial shares.

Lebanon has been going through the worst economic and financial crisis in its history and the political vacuum during the past year contributed to worsening the country’s multiple woes.

Lebanon is in dire need for a cabinet capable of implementing structural reforms to unlock aid by the international community and stop further collapse.

The country currency has lost 90 per cent of its value.

Amid the crisis, at least half of Lebanon’s population has slipped into poverty, while food inflation is at more than 400 per cent.