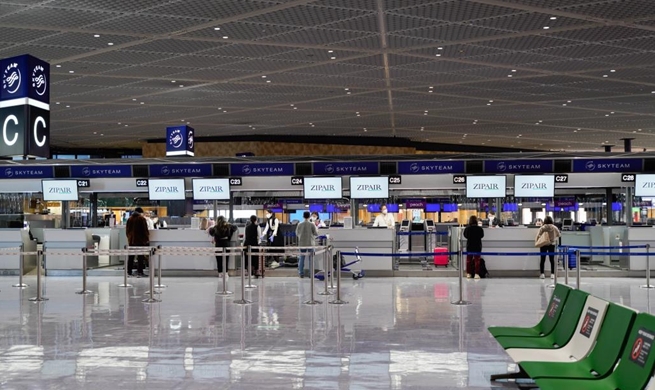 Tokyo : The Japanese government might continue its tough border restrictions next month and a plan to promote the third vaccination shot due to fears over the global spread of the Omicron variant of Covid-19, local media reported on Friday.

The government was striving to gather epidemiological knowledge about the Omicron variant but have yet to fully grasp the situation so far, a government official told a meeting of the ruling Liberal Democratic Party on Friday, adding that the government has to brace for the possible spread of infections.

The official said the government would step up monitoring of the Omicron variant by conducting more PCR tests and genomic analysis while indicating that maintaining the current border restrictions next month and beyond might be an option, reports Xinhua news agency.

In addition, Japan is looking to move up the third vaccination shot by revising the planned eight-month interval between the second shot and boosters amid the Omicron variant fears.

The Health Ministry on Thursday also offered fast-track approval for the Moderna vaccine to be used as booster shots.

According to the government’s announcement in November, it plans to supply 24 million Pfizer vaccine doses and 17 million Moderna shots to local governments by February.