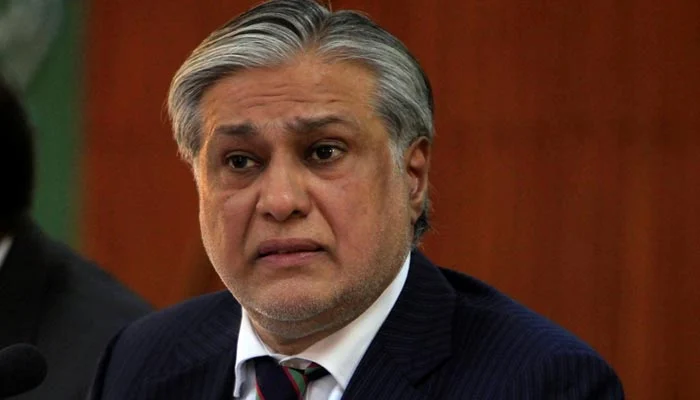 Islamabad : Ishaq Dar, the former Finance Minister of Pakistan and one of the senior-most leaders of the ruling political party Pakistan Muslim League – Nawaz (PML-N), has landed back in the country post spending nearly five years in self-imposed exile after he was accused with corruption on assets beyond means and evasion of taxes by the Pakistan accountability court during Imran Khan’s premiership tenure.

However, after the ouster of Imran Khan through a no-confidence vote in the parliament by the joint opposition alliance called Pakistan Democratic Movement (PDM) and PML-N led coalition government under Prime Minister Shehbaz Sharif; Ishaq Dar has not only paved the way to his return to the country after getting his passport released and reinstated, he has come back to take the most important and critical ministry of finance, with an aim to take the country out of the worsening economic turmoil.

Ishaq Dar landed in Pakistan on Monday, took oath as Senator in the Upper House on Tuesday and followed it by taking oath as Federal Minister of Finance on Wednesday to take charge as the country’s finance minister.

Ishar Dar has come on an important mission of not only improving the economy and turn things around for the government, but also to pave the way to ensure safe return of the former ousted Prime Minister Nawaz Sharif as well.

Sources revealed that Ishaq Dar’s return has already started showing positive imapct on the economy as the Pakistani rupee value has appreciated against the US dollar.

Dar’s return brings with it immediate relief to the masses from the swelling inflation while short and long term financial policies, coupled with the catastrophic floods will open the way towards table talks and negotiations with the International Monetary Fund (IMF) over the bailout package and its repayment tenure, along with opening up more gateways of investments from other foreign countries.

While the economic framework is set to be re-structured with Dar’s return; well-placed sources also say that the return of Nawaz Sharif is also very much on the cards after Dar’s efforts will bring some normalcy and certainty on economic grounds, giving PML-N some grounds to establish and show its performance to the general public.

“With the kind of inflation and price hike, currently prevailing in the country, Nawaz Sharif’s return will
not provide any stimulus to the party workers and the voters. His return without quick fixing the economy may prove to be counterproductive,” said a well-placed source.

The source also stated that Nawaz Sharif will be returning after the economic indicators are streamlined and then the political campaigning will start.

“Once this is achieved, once immediate relief is secured. Nawaz Sharif will make his return. He will return as a victor to cash in on the situation and help the party win back the swing voters it has lost to PTI,” the source added.