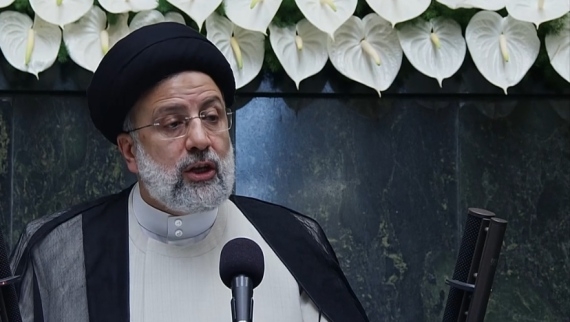 Tehran : Iranian President Ebrahim Raisi said othat his country has proven its will and determination to reach an agreement in the diplomatic endeavours in Vienna on the restoration of the 2015 nuclear deal.

He said any effort by the other side to this end requires to incorporate the removal of the sanctions on Tehran in a verifiable manner, as well as a valid guarantee that no other party would be able to unilaterally pull out of the deal in the future, as did the US without having to bear the consequences.

He stressed that the US has acknowledged that the former administration’s “maximum pressure” campaign, launched against Tehran by former President Donald Trump, has failed.

Turning to developments in West Asia, Raisi said stability and security in the region can be ensured solely through intraregional solutions, not foreign interference.

The two Presidents also discussed regional issues, particularly the situations in Yemen and Lebanon, as well as ways to boost bilateral ties.

Formally known as the Joint Comprehensive Plan of Action, the deal was signed in 2015 between Iran and the P5+1 (namely the five permanent members of the Security Council — China, France, Russia, the UK and the US, plus Germany), together with the European Union.

However, Trump pulled the US out of the agreement in May 2018 and reimposed unilateral sanctions on Tehran, which prompted the latter to breach the deal’s restrictions one year later, and advance its nuclear programs it had put a halt to.

Since April 2021, several rounds of talks have been held between Iran and the other remaining parties to revive the deal.