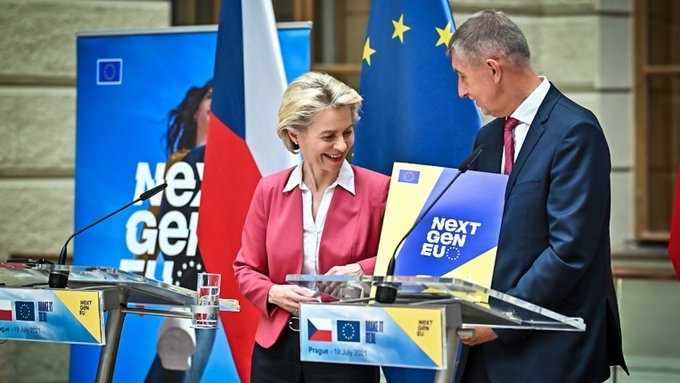 Prague,  The European Commission has approved the Czech Republic’s 7 billion euro ($8 billion) National Recovery Plan, which will help the country deal with the Covid-19 pandemic and move towards a greener and more digital economy.

In a statement on Monday, the Commission said the Czech Republic will spend 42 per cent of this money on reaching its climate-neutrality goals, which include investments in renewable energy and modernizing infrastructure, reports Xinhua news agency.

Another 22 per cent would go toward digitisation, i.e. investments in digital infrastructure in public administration in the fields of health care, criminal justice and construction.

“It will improve citizens’ communication with the authorities, provide electronic healthcare, quality and safe rail travel, support for digital skills in schools or the modernization of social services,” Czech Prime Minister Andrej Babis said about the plan after his meeting with visiting European Commission President Ursula von der Leyen here.

The Commission reiterated that the Czech Republic must comply with the proper legal criteria – including the conflict of interest rules — in order to receive the full amount of money.

This follows an audit published this year by the Commission, which found Prime Minister Babis in conflict of interest with his business conglomerate Agrofert that was put into a trust fund while he serves in public office.

According to the findings of the audit, he still maintains effective control over Agrofert.

Babis denies the allegations, arguing that he complies with domestic laws on the matter.