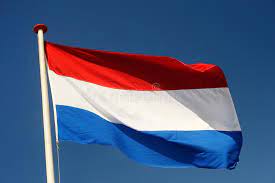 The Hague : Despite an anti-pandemic lockdown currently in force, the number of positive Covid-19 tests in the Netherlands increased by 35 per cent in the past week, compared to the previous week, the National Institute for Public Health and the Environment (RIVM) announced on Tuesday.

The number of positive tests between December 28, 2021 and January 4, 2022 grew to a total of 113,554, compared to 84,398 in the week before that. It is the first increase after a month of decline in the weekly infection figures, Xinhua news agency reported.

“Since late December 2021, the Omicron variant has caused the most SARS-CoV-2 infections in the Netherlands,” the RIVM said. “This virus variant spreads considerably faster than the Delta variant. In the next few weeks, as infections rise rapidly due to Omicron, the number of hospital admissions may start increasing again.”

Out of fear for the rise of the Omicron variant in the country, the Dutch government has introduced a lockdown since December 19 last year. Only essential shops like supermarkets, medical contact professions, and car garages remain open, while non-essential shops and the catering industry, restaurants, museums, theaters and zoos have to close their doors.