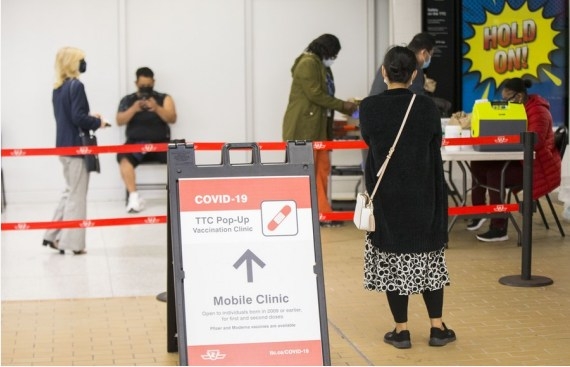 Quebec, a populous province of Canada, reported 4,571 new Covid-19 cases on Monday, most cases of Covid-19 in a single day, as new measures aimed to limit the spread of the Omicron variant come into effect.

The Quebec government is shutting down several public settings Monday evening, including bars, taverns, casinos, theatres, gyms and even schools as cases of Covid-19 are soaring. Those establishments will be closed as of 5 p.m. Monday.

Quebec Premier Francois Legault announced the new restrictions last week amid a surge in cases and modeling predictions that showed an already fragile health system could be overwhelmed in a matter of weeks.

In addition to the measures aimed at reducing contacts, Quebec is accelerating its rollout of booster shots. As of Monday, Quebecers aged 65 and over can book an appointment for a third dose.

Quebec also set a record for the positivity rate for new cases. It’s now at 10.1 per cent.

Meanwhile, Ontario, the most populous province of Canada, reported 3,783 new Covid-19 cases on Monday as the positivity rate rose to a level unseen since early May.