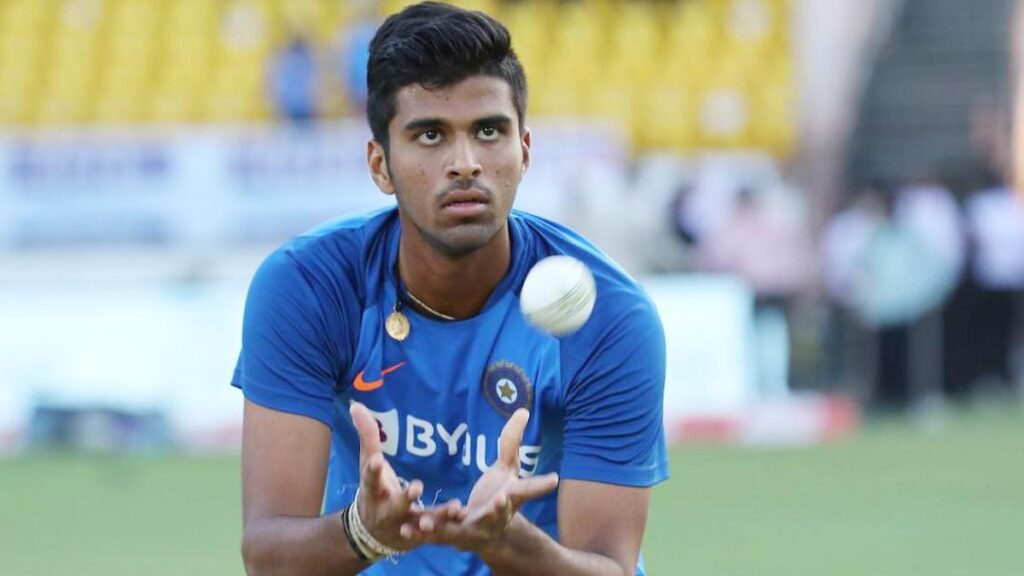 The 22-year-old spinner was to travel to Cape Town from Mumbai along with other members of the ODI squad but there is no clarity if he has joined the others in Maharashtra’s capital or not.

If Washington doesn’t travel in the chartered flight along with the other selected players, he could be individually flown to South Africa by the BCCI at a later date. However, the chances are very slim at the moment.

“He (Sundar) tested positive some days back and it has been decided that he will not travel with the squad,” an office-bearer confirmed to Cricbuzz on Tuesday.

Notably, Sundar has been out of action for almost 10 months because of injuries. The cricketer, who last played for India in March 2021′ had recently recovered and was part of the Tamil Nadu squad for the Vijay Hazare Trophy in which he did fairly well, leading to his return to the ODI squad.

However, his international return may be temporarily delayed because of the Covid infection.

The ODI squad, to be led by KL Rahul in the absence of Rohit Sharma, has two other spinners in R Ashwin and Yuzvendra Chahal.

After the first ODI of the series in Paarl on January 19, India will play the second match, also in Paarl, on January 21 and round off the six-match tour with the third ODI at Newlands Stadium in Cape Town on January 23.