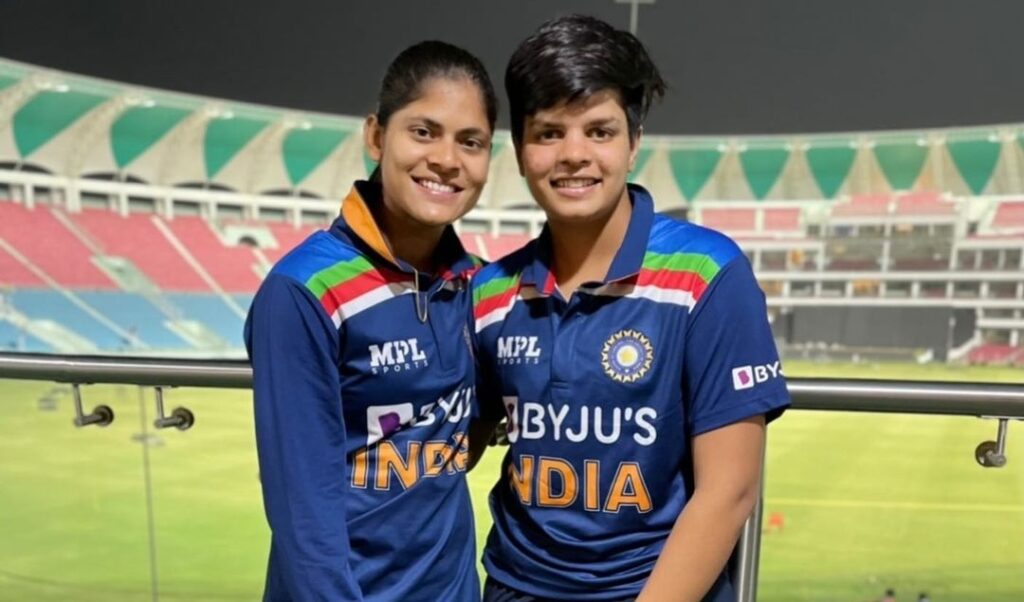 Sydney : Two-time Women’s Big Bash League (WBBL) champions Sydney Sixers have signed up Indian youngsters Shafali Verma and Radha Yadav ahead of seventh season of the tournament. The announcement of Shafali and Radha signing up with the Sixers comes a day after the duo of Smriti Mandhana and Deepti Sharma were announced to join defending champions Sydney Thunder.

On Sunday, Shafali scored 56, her maiden half-century in ODIs as India ended Australia’s 26-match winning streak. She is expected to open the batting alongside Australia’s Alyssa Healy. Radha, the left-arm spinner, is a part of India’s squad for the T20I series against Australia in October.

Shafali and Radha will join Healy, Ellyse Perry, Ashleigh Gardner, Stella Campbell, Erin Burns and former Australia batter Nicole Bolton. “This is a very good opportunity for me and my goal is to just enjoy myself, to make some new friends and have fun. I want to play WBBL and back myself and just believe in myself,” said Shafali in a statement by the club on Monday.

Shafali will reunite with Ben Sawyer, the coach at Sixers who also served as head coach at Birmingham Pheonix in the Hundred. “Shafali is very impressive. She’s such a talent and she’s fearless. She hits to different areas of the field and plays shots that are different to the other three girls in that top four. The experience I had with her in Birmingham was that she wants to learn, she wants to get better and she wants to grow as a player and a person.”

Radha, who sits at eleventh place in the women’s T20I rankings, was excited about her maiden stint in the WBBL. “Lots of young Indian girls want to play in the WBBL. It is a very good standard and I am so happy to be able to play for the Sixers this year.”

Sawyer was welcoming of Radha becoming a part of Sixers squad. “Radha brings a skillset that we have never had at the Sixers and that’s very exciting. I think a left-arm ortho bowler is so important in the WBBL and having one who is world class is such a great opportunity for this team. She has also batted in the middle of the order for India so she is handy with the bat too.”

The seventh season of WBBL will start on October 14 with Sydney Sixers taking on Melbourne Stars on October 14 at Blundstone Arena in Hobart.