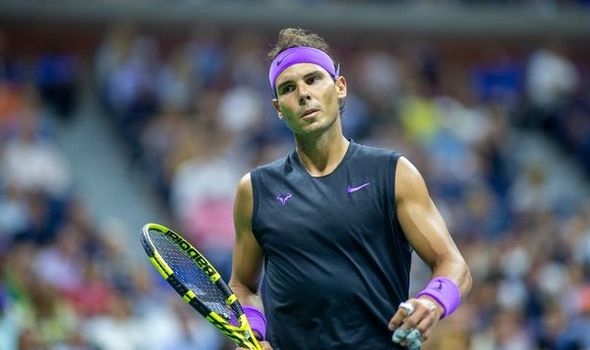 Madrid : Rafael Nadal declared on Friday that he will end his 2021 season early due to a foot injury. The move means that the Spaniard will not take part in the US Open starting August 30.

“I wanted to inform you that unfortunately I have to end the 2021 season. Honestly, I have been suffering much more than I should with my foot for a year and I need to take some time,” tweeted Nadal.

He further tweeted, “After having discussed it with the team and family, this decision has been made and I think it is the way forward to try to recover and recover well. It’s a year that I’ve missed things that matter a lot to me, like Wimbledon, like the Olympics.”

The troublesome foot injury had caused the 20-time Grand Slam winner to miss the Cincinnati Masters and Canadian Open last week. The foot issue flared up at this year’s French Open, where he fell to eventual champion Novak Djokovic in the semi-finals.

“I am (determined) to do whatever it takes to regain the best possible shape, to continue competing for the things that really motivate me and the things that I have done during all these years. I am convinced that with the recovery of the foot and obviously a very important daily effort this can be achieved. I will work as hard as I can to make it happen,” concluded the 35-year-old.

Nadal will be the third big absentee from the men’s singles event in the US Open. Defending champion Dominic Thiem has been ruled out due to wrist injury while Roger Federer ended his season prematurely for further knee surgery.