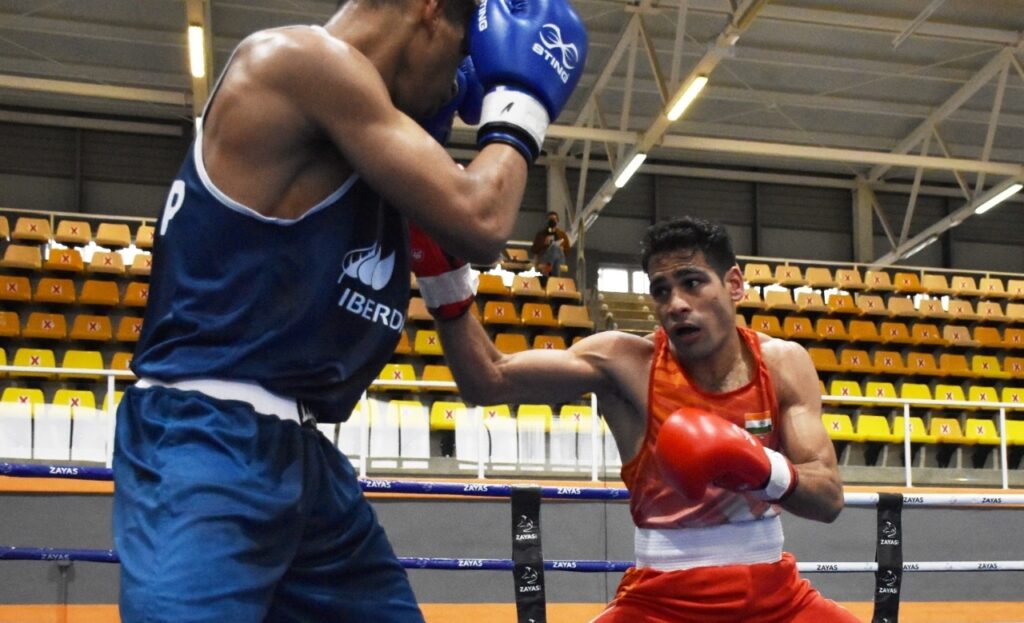 Defending champion Hussamuddin, who is representing Services Sports Control Board (SSCB) was up against Chhattisgarh’s Sahil in the pre-quarterfinal. Playing from a distance, Hussamuddin displayed smart and mature boxing and landed a lot of punches to secure a unanimous 5-0 win. He will face Rushikesh Goud of Maharashtra on Sunday.

In the other round-of-16 match in the 57kg category, Haryana’s Sachin was up against Manipur’s Jobison Yengkokpam. Sachin, the 2021 World Youth champion, who caused a huge upset on Friday by defeating World Championship medallist Gaurav Bidhuri made light-work of his opponent and comfortably won 5-0 to book his spot in the quarters.

Meanwhile, Goa’s Roshan Zamir (54kg) defeated Suraj Bhan Singh of Rajasthan 3-2 in one of the closest bouts of the day that saw a lot of attacking intent but the former claimed victory after a dominant last round.

Chandigarh’s Aman (67 kg) and Sachin (71kg) impressed everyone with their attacking boxing as both of them claimed Referee stopped the contest (RSC) wins in the second round and sailed into the quarters. Aman defeated Orissa’s SR Sahoo and Sachin got the better of Uttarakhand’s Devender Singh.

The gold medallist of the ongoing championships, which will go on till September 21, will earn a berth in the upcoming 2021 AIBA Elite Men’s World Boxing Championships, which is scheduled in Belgrade, Serbia from October 24 to November 6.