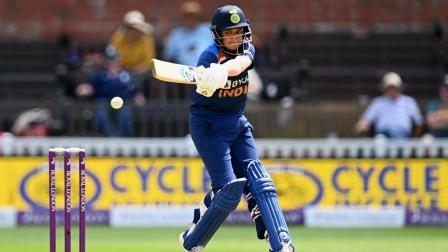 Mackay : Indian cricketers could take part in this year’s Women’s Big Bash League (WBBL) despite no current player having signed up for the league yet. The Indian team is currently in Mackay, preparing for the multi-format series against Australia with the first ODI from September 21. Previously, opener Shafali Verma and left-arm spinner Radha Yadav were strongly linked to have signed up with Sydney Sixers but nothing happened.

“I know there’s been lots of exciting conversations going on (between clubs and India players). They’re such a popular team, and popular players in their own right, that if we were able to see some of those players in the WBBL that’d be really exciting. All our clubs are having lots of conversation, so we’ll wait and see,” said Alistair Dobson, Cricket Australia’s General Manager of Big Bash Leagues to cricket.com.au.

Harmanpreet Kaur (Syndey Thunder), Smriti Mandhana (Brisbane Heat and Hobart Hurricanes) and Veda Krishnamurthy (Hobart Hurricanes) were the Indian cricketers who featured in the tournament in previous seasons. But a clash with a tour of the West Indies prevented Indian cricketers from taking part in the 2019 season. Several Indian players had been lined up to feature in it but could not take part due to a clash with the Women’s T20 Challenge in 2020. Kaur and Mandhana will be in high demand for the upcoming season apart from the likes of Shafali, Radha, Jemimah Rodrigues, Deepti Sharma and Poonam Yadav.

As of now, nine overseas signings have been confirmed for the seventh season of WBBL with 13 spots still either available or yet to be announced by clubs. Only Perth Scorchers have confirmed their three overseas players in New Zealand’s Sophie Devine, South Africa’s Marizanne Kapp and Sri Lanka’s Chamari Athapaththu.

Brisbane Heat have signed South Africa duo of Nadine de Klerk and Anneke Bosch. But they have one spot left after New Zealand’s Amelia Kerr pulled out of the tournament last week due to mental health reasons.

Hobart Hurricanes also have one spot after announcing the re-signing of New Zealand’s Rachel Priest and South Africa’s Mignon Du Preez moving from the Melbourne Stars. Stars have recruited Ireland all-rounder Kim Garth and have two overseas slots remaining. Adelaide Strikers confirmed the return of South Africa batter Laura Wolvaardt this week. Melbourne Renegades, Sydney Thunder and the Sixers are yet to announce their signings of overseas players.

“We’re really optimistic after the great experience (we had) last year, and a great track record working with our clubs and various governments on getting the overseas players in. It’s such an important part of the WBBL, we’re the best cricket league in the world for women. We’re on track again this year, we have great support from our clubs and from government, (so) we’re expecting a strong contingent of overseas players again,” signed off Dobson. 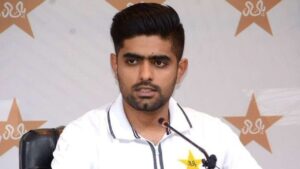 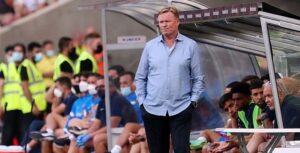