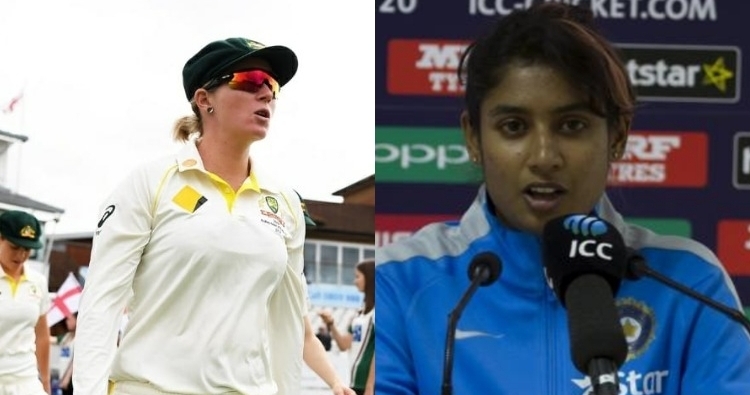 Sydney,  India and Australia women’s cricket series should have a perpetual trophy designed and named on past women cricketers just like men’s series has in the form of Border-Gavaskar Trophy, said Mel Jones, former Australia woman cricketer and member of International Cricket Council’s (ICC) women’s committee.

“It’s certainly great to have something like the Border-Gavaskar, but that’s the men’s lens of what’s happened in the past. So we should just do it our way for the women’s game, and maybe we can come up with something a little bit different,” Jones told cricket.com.au.

India and Australia women played their first Test back in 1977 at Perth which the host won by 147 runs.

Over the next 44 years, the teams have played eight more Tests. In all, the Aussies and Indians have played nine Tests, with Australia leading the head-to-head 4-0. Five matches have ended as draw.

India will play a one-off Test against Australia in Perth in September-October.

Jones feels history of cricket between the two nations needs to be acknowledged.

“This is why we love the game of cricket, because of the history attached to it. Both the men’s and women’s games have got these magnificent storylines behind their Ashes trophies, and maybe we can create one just as special that is being talked about in 100 years’ time with the same sort of reverence as the Ashes.

“To tell the story of the history of the game between the two countries and who’s involved, that would be magnificent.
Jones, a former right-handed batsman, who played five Tests and 61 Women’s ODIs, said that women’s cricket should see more and more Test matches.

“It’s been an ongoing conversation across every woman cricketer, across every country for so many years, to play more Test matches.

“You speak to the Kiwis and they’re just dying for it, the fact that players like (White Ferns’ stars) Sophie Devine and Suzie Bates have never played one, and we’ve got this wonderful Ashes format that allows us to play one every two years.