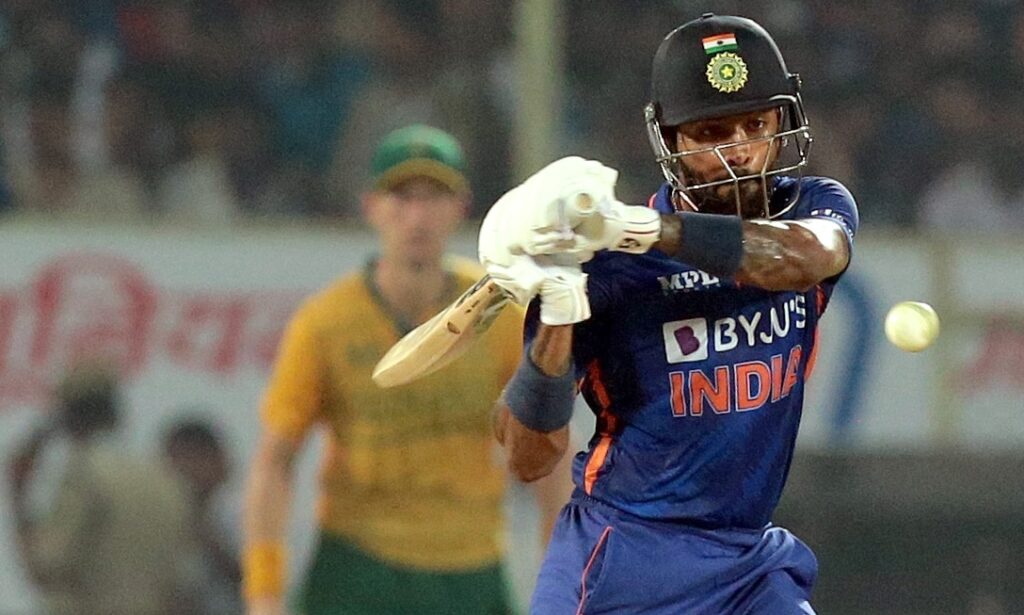 Mumbai : Allrounder Hardik Pandya was on Wednesday appointed captain of the Indian cricket team for the T20I series against Ireland, set to be played later this month.

The 17-member squad named by the All-India Senior Selection Committee doesn’t feature India’s Test team regulars who will directly fly to England to prepare for the rescheduled fifth Test at Edgbaston, scheduled to be played from July 1.

The 28-year-old Pandya, who led Gujarat Titans to the IPL 2022 title in debut season, was elevated to vice-captaincy and has served as Rishabh Pant’s deputy in the ongoing series against South Africa after original captain KL Rahul was ruled out with a groin injury. Experienced fast bowler Bhuvneshwar Kumar will serve as Pandya’s deputy for the series.

Among those players playing the South Africa T20Is but will miss the assignment in Ireland include Pant and Shreyas Iyer, who will link up with the Test squad. Sanju Samson and Rahul Tripathi (maiden call up), who had impactful seasons with the bat in IPL 2022, have been as replacements of Pant and Iyer.

Samson hit 374 runs at 147.24 strike rate and captained Rajasthan Royals to the finals of the tournament while Tripathi was Sunrisers Hyderabad’s second highest scorer with his 413 runs at 158.23 SR.

Meanwhile, Suryakumar Yadav, who missed the latter part of the IPL 2022 and the series against South Africa due to injury, has also returned to the T20I side.

India will play two T20Is on June 26th and 28th in Dublin. VVS Laxman will serve as the head coach on tour and will be assisted by Shitanshu Kotak (batting coach), Sairaj Bahutule (bowling coach) and Munish Bali (fielding coach).