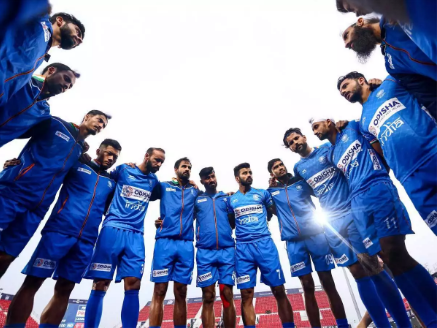 New Delhi: India’s dream of winning an Olympic Games men’s hockey gold or silver medal ended after the team lost 2-5 to Belgium in the semifinal on Tuesday. Absolute India decodes the defeat to highlight the areas India needs to focus on in the bronze-medal match on Thursday.

The Indian defence allowed Belgium 14 penalty corners, of which they converted three. India did defend the PCs well — Amit Rohidas was quick to rush out and not allow the Belgian drag-flickers a lot of room and angles to place their shots — but they could not stop the balls from hitting the defenders’ legs and bodies, conceding more PCs.

Cut down on defensive errors

The defence that did so well against Great Britain faltered against the Belgians. They tackled their opponents inside the shooting circle, which created more problems and more penalty corners.

Be a bit more physical

The Indian forwards and defenders were not physical enough to counter the Belgians. The Belgians looked more imposing in one-on-one situations. The Indians also allowed the Belgian midfield, especially Antoine Sylvain Kina, a lot of space and time to control their attack.

Fall back fast to defend

The Indians were a bit slow in falling back to defend on counterattacks, which gave their opponents space and time to create opportunities. The scrambling Indians also made errors that the Belgians capitalised on. Coach Graham Reid could be heard telling them to fall back fast in the third quarter break.