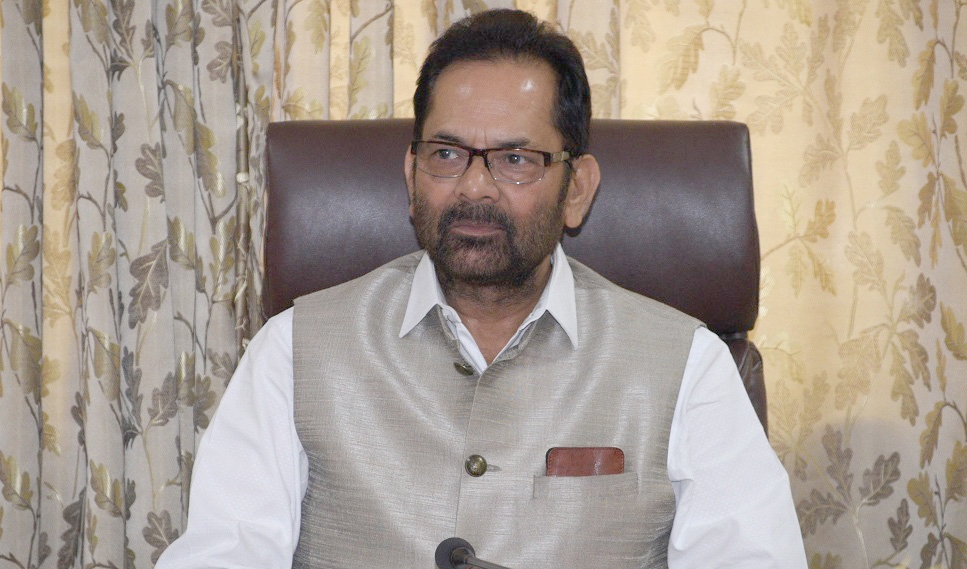 New Delhi : A day before the end of their Rajya Sabha term, Union Ministers Mukhtar Abbas Naqvi and R.C.P. Singh on Wednesday resigned from the Union Cabinet.

Naqvi, the Minority Affairs Minister, and Singh, the Steel Minister, have submitted their resignation to Prime Minister Narendra Modi.

Sources said that the Prime Minister has lauded the contribution of Naqvi and Singh as ministers during a meeting of the Union Cabinet – the last for both ministers – earlier in the day.

Sources said that after the Cabinet meeting, Naqvi, who was also the Deputy Leader of the House in the Rajya Sabha, met BJP chief J.P. Nadda at party headquarters here.

Singh, who is from the Janata Dal-United, was made minister during last year’s cabinet reshuffle.

The BJP and the JD-U both did not give ticket to Naqvi and Singh during last month’s biennial Rajya Sabha polls.

There is speculation doing rounds in political circles that Naqvi may be made the BJP- led NDA candidate for the post of Vice President.

“Several names are doing rounds and Naqvi’s name is one of them. There is also speculation that he may be appointed Lt Governor of Jammu and Kashmir,” a party insider said.