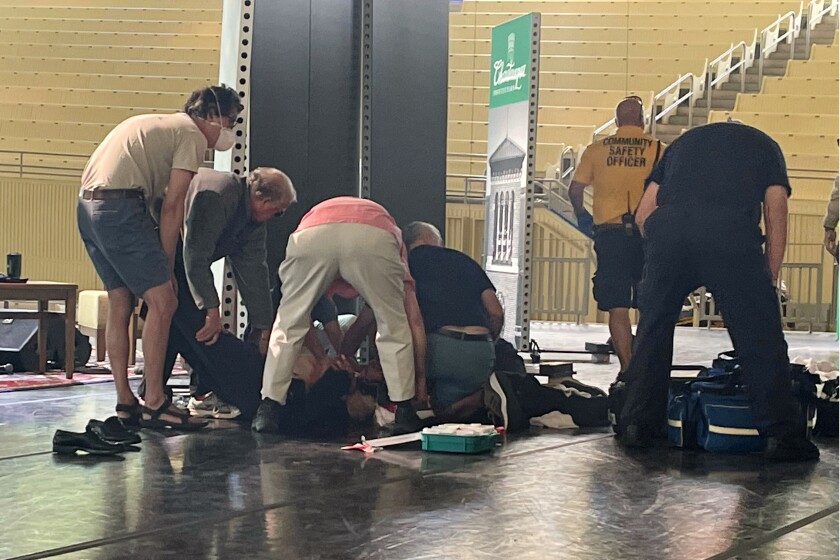 Salman Rushdie, the author who spent years in hiding and under police protection after Iranian officials called for his execution, was stabbed in the neck while conducting onstage in Chautauqua, near Erie in western New York, according to state police.

The attack occurred around 11 a.m., shortly after Mr. Rushdie took the stage to deliver a lecture at the Chautauqua Institution, a summer arts and literary community in western New York.

Mr. Rushdie was flown to a local hospital by helicopter, according to a statement from the state police. His condition is unknown at this time. It was unclear what prompted the attacker.