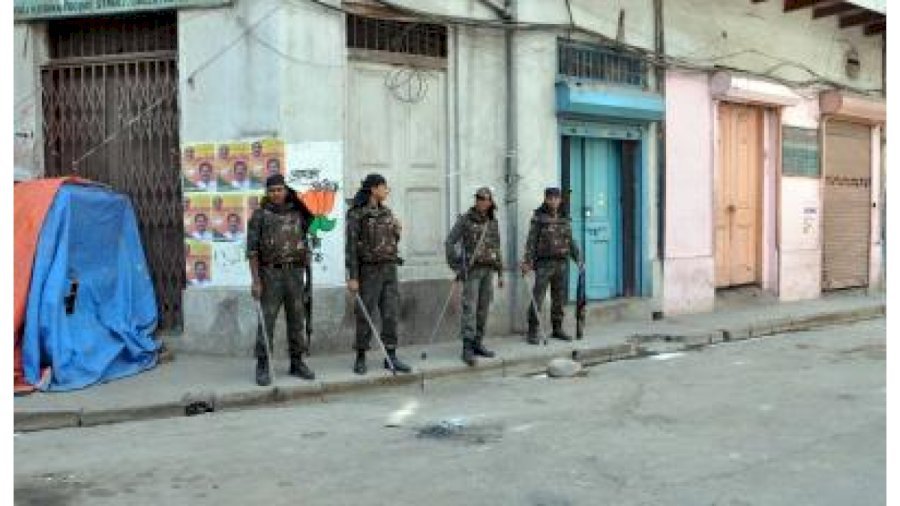 Prayagraj : The Prayagraj police have found minor students to be allegedly involved in at least six incidents of bomb hurling in the city.

According to police, the students learnt bomb-making from online videos and social media platforms. They not only hurled crude bombs outside three prominent convent schools’ gates to prove their group’s supremacy, but also uploaded videos of the act on the social media.

According to the police, the WhatsApp groups and gangs of these students have names like Tandav, Jaguar, Tiger, Immortal and Rangbaz.

“The bombs were hurled to establish supremacy, or to win the ongoing turf war among the school students,” a police official said.

Three days ago, the city police, with the help of CCTV footage, nabbed 11 students — 10 of them minors — for their involvement in the crime. They have been booked under appropriate sections of the IPC and the Explosives Act.

Two motorcycles, 10 mobile phones and two crude bombs were also seized from their possession. While one minor was sent to jail, the rest were sent to juvenile homes.

Inspector General of Police (Prayagraj range), Rakesh Singh, said, “After forming groups on popular social media apps, these students from three different convent schools of the city were in a race for proving their supremacy in their areas. Hurling bombs at the gate of a rival school was their way of doing so.”

For making crude bombs, they would buy fire-crackers, take out the explosive material and mix it with glasses, bricks etc. to make crude bombs.

“Most of those who have been arrested, are academically poor and scored 45 to 55 per cent in their examinations,” the IGP added.

He further said, “We have been counselling them and have also appealed to their parents and guardians to take better care of their children.”

Crime Branch officials, who have interrogated these students, said that they are aged between 14 and 17 years. There are at least 10 such groups with more than 2,000 students as their members.

“These students would take money from their parents on the pretext of educational tour and extra-curricular activities to fund bomb-making and lavish lifestyle,” the IGP added.

The first such bombing incident was reported in May this year under the limits of Civil Lines police station.