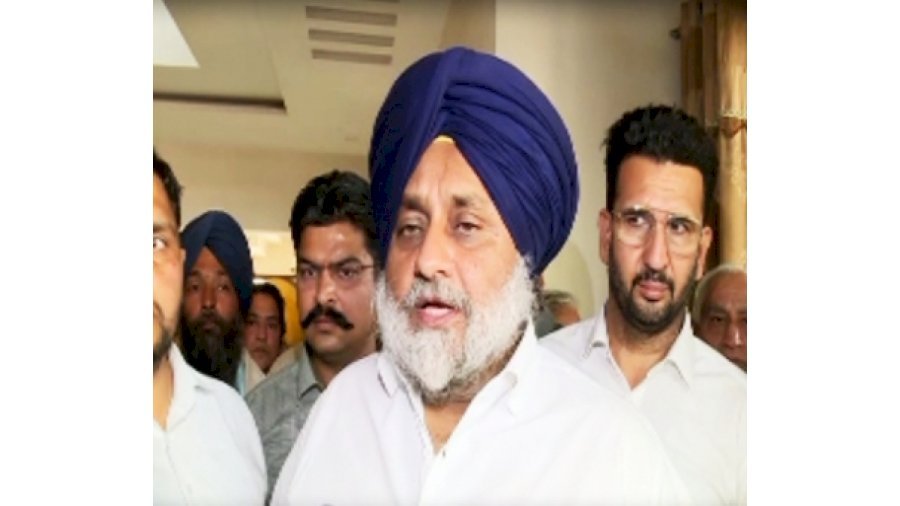 Chandigarh : Coming indirectly in support of Prime Minister Narendra Modi over the breach of his security during his visit to Punjab on Wednesday, former Deputy Chief Minister of the state, Sukhbir Singh Badal, said that there is complete collapse of law and order situation in Punjab and the Chief Minister is ‘incompetent to run it.

“There is complete collapse of law and order in Punjab. We have been saying this for long. The CM is incompetent to run the state,” Sukhbir Badal, who is the President of the Shiromani Akali Dal (SAD), said in a tweet.

SAD had pulled out of the over two-decade-long ties with the National Democratic Alliance (NDA) in September 2020 after sharp differences over the three controversial farm laws.

In another tweet, Sukhbir Badal said, “Congress has deceived every section of Punjab in last 5 years. Government employees must not bear ‘lathi-charge’ for this incompetent govt that has failed to implement even a single promise. After Akali-BSP alliance forms government, all their demands will be fulfilled on a priority basis.”

A day ahead Modi’s visit, Sukhbir Badal’s father and five-time Punjab Chief Minister Parkash Singh Badal had asked the Prime Minister to create the right atmosphere for his much-delayed visit to the state by first taking some concrete steps to expose the conspiracy behind the ongoing incidents of sacrilege against Sikh faith and resolve the other major political, religious and economic issues facing the state.

“As the PM, you would earn a lot of goodwill and my personal gratitude if before coming here, you announce an economic, political, agricultural and territorial package to meet the demands of the Punjabis,” the senior Badal had said.

Ahead of the Assembly elections in the state, the Akali Dal has stitched a pre-poll alliance with the Bahujan Samaj Party (BSP).

Sukhbir Badal has already announced that if the SAD-BSP alliance forms the next government in Punjab, one of the deputy chief ministers will be from the alliance partner.

In a major security breach earlier on Wednesday, the Prime Minister cancelled his visit to Ferozepur town, where he was scheduled to lay the foundation stones for projects worth Rs 42,750 crore at the last minute.

“The Prime Minister was stuck on a flyover for 15-20 minutes. This was a major lapse in the security of the Prime Minister,” the Ministry of Home Affairs said in a statement.