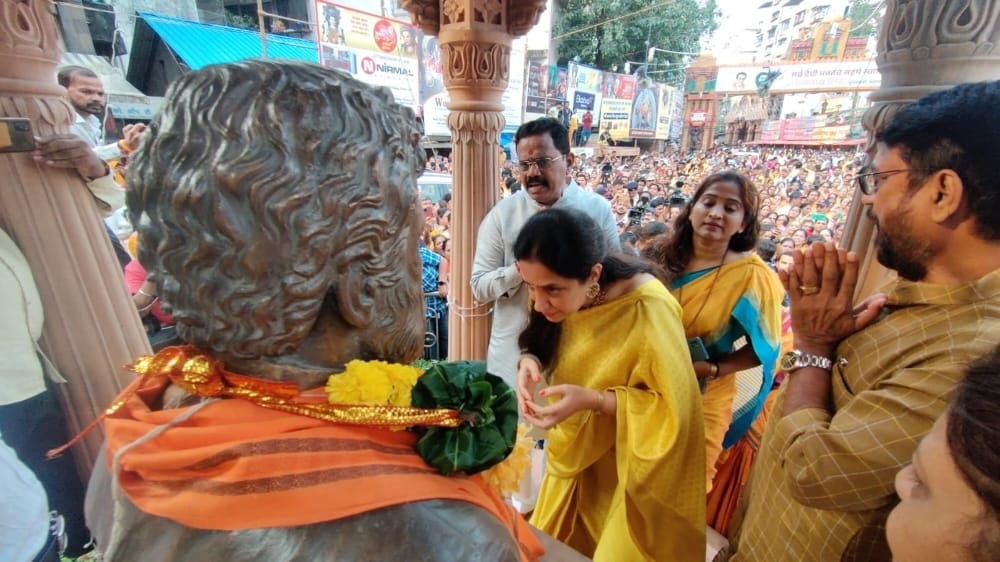 Tembhi Naka happens to be the stronghold of the rebels’ leader and present Chief Minister Eknath Shinde, as also the fortress of his mentor, the late firebrand leader, ‘Dharmaveer’ Anand Dighe.

Later, she interacted with the large number of locals who gathered there and Shiv Sena supporters who raised slogans in favour of the party and Uddhav Thackeray.

When asked about Rashmi Thackeray’s trip to his bastion, Shinde on Thursday evening sought to downplay it, merely saying “it was good” that she had gone to pray in the Tembhi Naka Navratri marquee but carefully refrained from making any political statement.

Incidentally, Uddhav Thackeray is expected to launch his state-wide political tour after Navratri with the starting point as Tehmbhi Naka here, to send a ‘message’ to the Shinde Group.

Apprehending a potential clash between the rival factions of Thackeray-Shinde, the Thane Police had deployed tight security at the venue, but the visit passed off uneventfully.

Later, Rashmi Thackeray called on the family of Sena MP and Chief Spokesperson Sanjay Raut in Bhandup. Raut was arrested by the ED on August 1 and is currently in judicial custody.