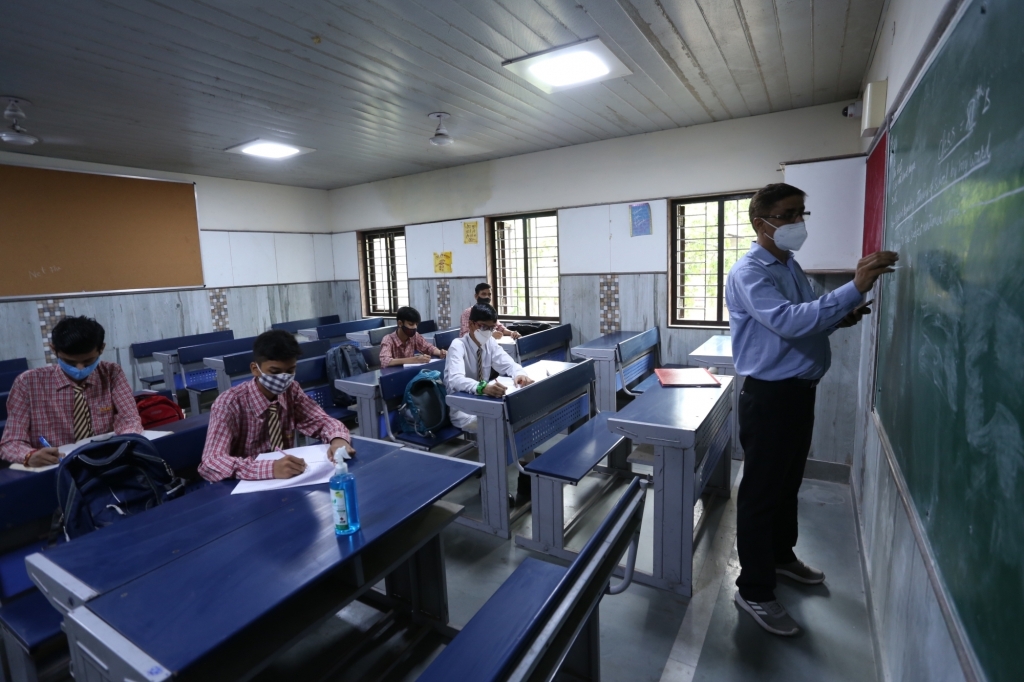 Lucknow : Several schools in Lucknow reopened on Monday, despite prevailing weather conditions and also a spike in the Covid cases.

Even as parents are concerned about the safety of their children, schools have given assurance that Covid protocols and SOPs laid down by the state government would be followed.

The schools, this year, cut short the winter vacation to make up for the loss of teaching days due to prolonged pandemic-induced closure during the start of the new session.

City Montessori School (CMS) chain of schools reopened all its campuses for offline classes for its students right from the entry level to Class 12.

CMS founder manager, Jagdish Gandhi said, “The school will resume offline classes. We will comply with the district administration or state government order.”

St Francis College (SFC) in Hazratganj has sent text messages to parents in this regard. The message sent to parents whose wards study from Class 6 to 8 reads: “The college will reopen from January 3. Classes will be held both online as well as offline as per the time table.”

“There has to be a sense of normalcy, hence no panic must be created. Masks will be mandatory, as well as social distancing and use of sanitisers. Ours is a fully vaccinated campus. All teaching, non-teaching and support staff and Principal are fully vaccinated,” said principal, Mala Mehra, of Hoerner College.

Meanwhile, the active tally of Covid cases in Uttar Pradesh went up to 1,725 on Sunday as 552 more people tested positive within the past 24 hours.

The state government has directed the state health department to give a thrust to the Covid vaccination drive as well as sound an alert in the districts in which the maximum people have tested positive.

Health experts have urged the state government to impose restrictions in the cities in which a large number of cases have been reported.

Dr P.K. Gupta, former president of the Lucknow branch of the Indian Medical Association (IMA), said the state government has announced guidelines for the implementation of the Covid protocol across the state. With the spike in Covid cases, the guidelines should be implemented strictly to check the spread of the cases, he said.

Containment regulations should be enforced in the cities where maximum cases are being reported, including Noida, Ghaziabad, Lucknow and Meerut, he suggested.

Dr A.K. Singh, a private medical practitioner said, Uttar Pradesh is witnessing a surge in the Covid cases and should impose the required restrictions to check the spread of the cases.

A government spokesman said the district magistrates of the districts in which maximum Covid cases have been reported have been directed to submit a plan about the strategy to check the cases, as well as to strengthen health facilities.