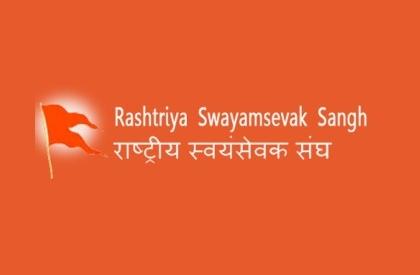 New Delhi : Describing the allegations made by Panchjanya, a journal with RSS leanings, against the American multinational company Amazon as serious, the Rashtriya Swayamsevak Sangh (RSS) has demanded that the government investigate the whole matter.

RSS leader said that the allegations levelled against Amazon in the cover story of Panchjanya are serious and the government should investigate the matter.

An expert on the RSS, Rajiv Tuli that the report of Panchjanya was based on a revelation made by a whistleblower, and so it was necessary to conduct a proper investigation.

Rajiv Tuli said that spending such large amounts only on lawyers or in the name of consultancy is a matter of investigation. He said there should also be a probe into the effect on small merchants because of Amazon. At the same time, Tuli said Amazon should also present its stand on the issue.

Panchjanya had earlier levelled various allegations against IT company Infosys in a cover story. spoke to Hitesh Shankar, editor of Panchjanya, on the whole matter.

Hitesh Shankar said that a whistleblower from Amazon had revealed that the company had used a large sum of money to bribe government officials. The question should be asked to Amazon what wrong does it do that it needs to bribe.

The Panchjanya editor said that the company works to influence the policies of a country.

In response to a question from on the RSS and Union Finance Minister Nirmala Sitharaman’s reaction to a recent story by Panchjanya on Infosys, Hitesh Shankar said that the notion that Panchjanya is the mouthpiece of the RSS is wrong. He clarified that Panchjanya is not an RSS mouthpiece and it stands by its story even today.

As far as Sitharaman’s response is concerned, Shankar said she has also admitted that there are flaws. Yes, it may be that the language is sharp or there may be disagreement with the style, but no one has disagreed with the facts put forth by Panchjanya, he said.

Asked about the investigation into the story on Amazon, the Panchjanya editor said that many business communities have written letters and demanded a CBI probe into the matter.

revelation of Panchjanya, Ashwani Mahajan, National Co-convenor of Swadeshi Jagran Manch affiliated to the Sangh Parivar, said they have been raising their voice about Amazon since 2015 that the company was illegally retailing through the back door.

Mahajan said that Amazon was resorting to corruption and bribery to operate illegally.

It wants to capture the economy of our country and hence it is right to call it East India Company 2.0., said Mahajan.