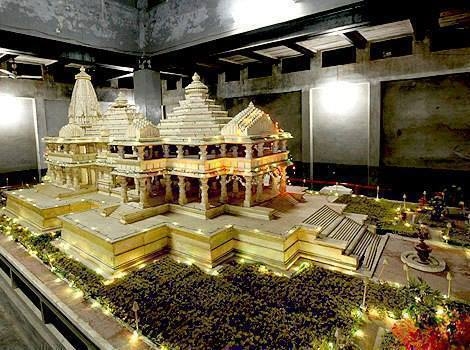 New Delhi, After second land deal in Ayodhya surfaced, the Congress was quick to attack the government for allowing such loot and profiteering and termed it a “Ramdroh” and those involved “chandajeevi.”

Addressing a press conference on the issue on Sunday, Congress general secretary Randeep Surjewala said, “The responsibility lies on the Supreme Court on whose orders the trust has been constituted and the Prime Minister, to audit the whole process of land purchase and money given by devotees.”

The Congress alleged that the second deal is between Deepnarayan and the trust as the former is active member of the BJP and nephew of Ayodhya mayor Rishikesh Upadhayay, who sold land at exorbitant price after purchasing it on a very less rate.

The Congress alleged that even Mahant Nritya Gopal Das is not being consulted on the issue. While after the first controversy broke out, Champat Rai, the general secretary of the Shri Ram Janmabhoomi Teerth Kshetra Trust, had issued statement amid the allegations of corruption in the purchase of temple land.

He said that the trust is working to provide the Shri Ram Janmabhoomi temple a grand look according to Vastu Shastra, to make the complex safe in all respects and convenient for the visitors.

He said that important temples/places falling within the boundary of the construction wall and retaining wall in the east and west part of this temple have been purchased with mutual consent.

Last week when the first deal surfaced Randeep Surjewala had said, “the trust was established on the direction of the Supreme Court and now the court should take cognisance of the issue and investigate the matter.”

He said the court should audit all the accounts and make public the report including the purchase of the land.

The Congress leader said that the work of construction should not be halted at all, but the allegations should be looked into as it’s a matter of faith for crores of Ram Bhakts.

Priyanka Gandhi Vadra too attacked the people involved in the deal and said in a tweet, “the misuse of contribution is disrespect to crores of devotees’ faith.”