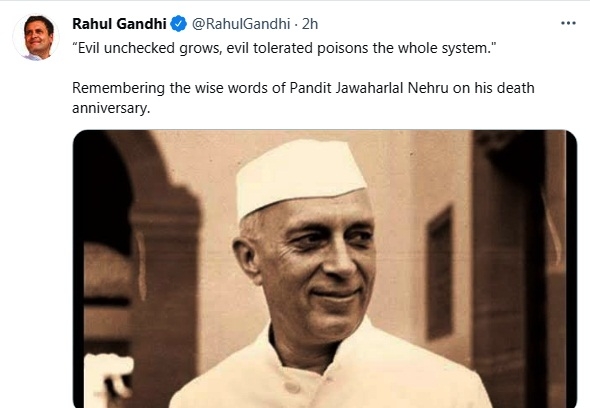 “Evil unchecked grows, evil tolerated poisons the whole system. Remembering the wise words of Pandit Jawaharlal Nehru on his death anniversary,” he said in a tweet.

Nehru was the first Prime Minister of independent India. He passed away on May 27, 1964 at the age of 74 in Delhi following a heart attack.

He was fondly called as ‘Chacha Nehru’ by children. His birthday on November 14 is celebrated as Children’s Day every year.