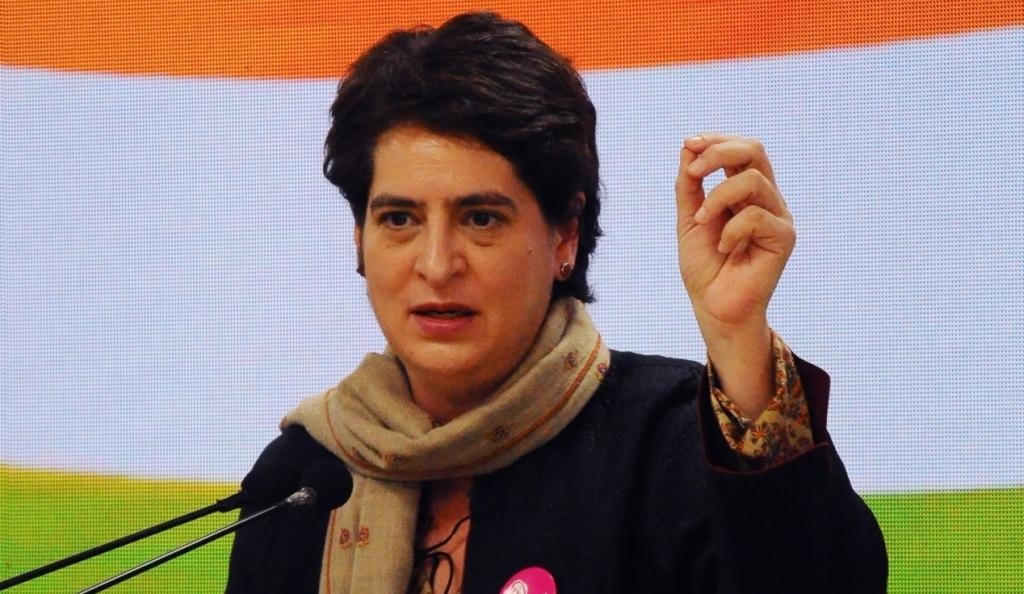 New Delhi : Congress General Secretary Priyanka Gandhi Vadra is scheduled to address a women’s rally in Firozabad in Uttar Pradesh on Wednesday. The area has strong Samajwadi Party presence and after her successful rallies in Varanasi and Gorakhpur, the Congress leader is taking the battle to SP pocket borough.

The Congress general secretary will address ‘Ladki hun, lad sakti hun’ (I am a girl and can fight), which is gaining traction among the members of fairer gender and the party thinks that it could be a game changer in the UP elections. The Congress has organised marathons in Meerut and Jhansi and on Tuesday, thousands of girls participated in the ‘Mahila Marathon’ organised by the party in Lucknow on the theme of ‘Ladki hun, lad sakti hun’.

The participants danced and ran to the beat of the song “ladki hun lad sakti hun’ as many of their guardians clapped alongside.

Earlier, Priyanka Gandhi said that she has sisters when asked about caste equations in the state which the party is targeting. She said, quoting from the famous Amitabh Bachchan blockbuster ‘Deewar’, “I have sisters who will bring change in politics.”

She said that Congress doesn’t believe in politics of caste and religion and has targeted the fairer gender in her campaign and had promised 40 per cent ticket for the women. The Congress general secretary has been focussing on women power and the party is organising Marathon of girls in the theme of — ‘Ladki hun lad sakti hun’.