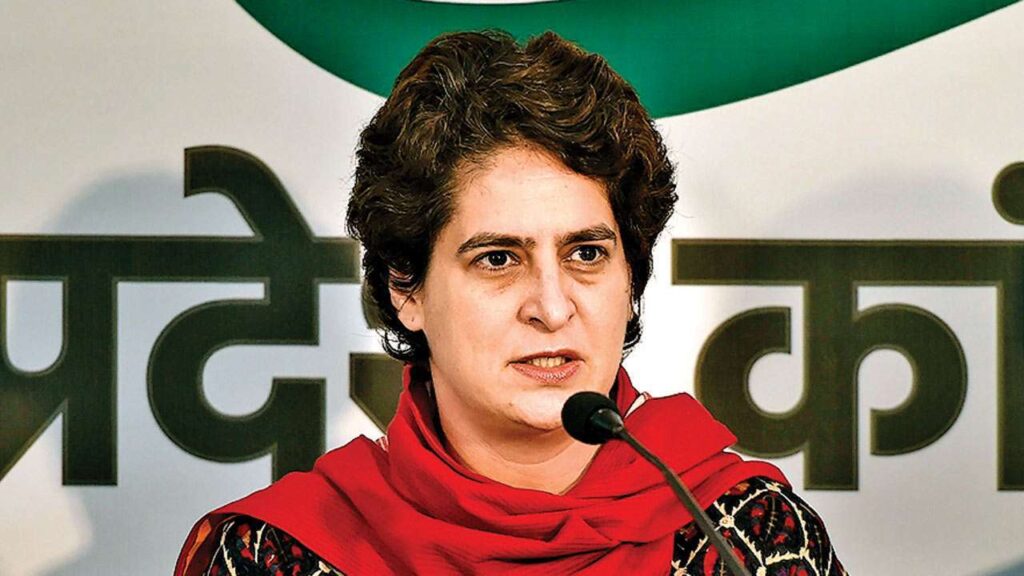 She tweeted in Hindi, loosely translated as “When people across the country are pleading for making available Remdesivir and struggling for each vial, at this moment one BJP leader who has been on an important post is hoarding the injection which is a crime against humanity.”

The matter pertains to the Mumbai Police officials, which claimed that at least 60,000 vials of Remdesivir had been stored at different locations in the city such as Vile Parle, Malad, Kandivali, South Mumbai by Bruck Pharma. The police took custody of the representatives of the pharma company, but in a twist, the opposition leader Devendra Fadnavis went to the police office to “rescue” the official of Bruck Pharma, who had been detained by the police for questioning over the supply/sale of Remdesivir injections.

The Pharma company has its manufacturing unit in Daman & Diu. As per reports it was approached by BJP MLC from Maharashtra Prasad Lad who had sought to buy the injections for Covid patients in Maharashtra.

Fadnavis in his defence claimed the pharma company had obtained all permissions and was providing the injections to Maharashtra.

Shiv Sena has accused that the BJP bought the stock to distribute just like the BJP Gujarat state chief had done. “How did a private individual like Fadnavis procure Remdesivir stock from Gujarat when sale is allowed only to the government,” asked Sena.