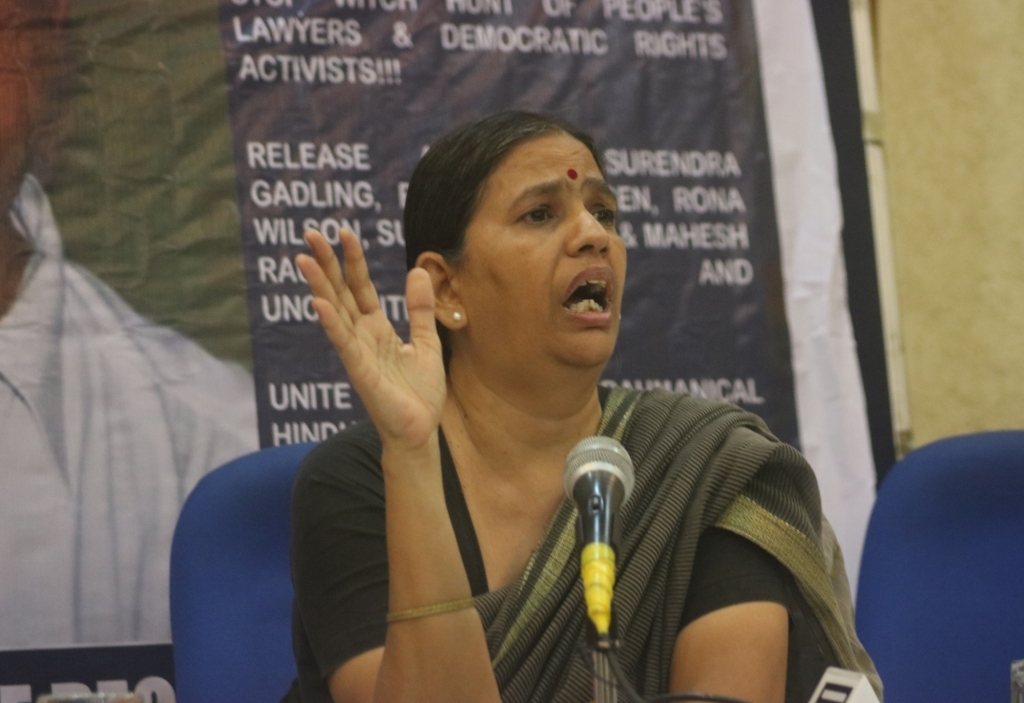 Mumbai : After the Supreme Court rejected the NIA’s plea against the Bombay High Court’s December 1 verdict granting default bail to lawyer-activist Sudha Bharadwaj, the route was clear for her release from the prison as soon as the bail formalities are completed.

A Special NIA Court said on Wednesday that Bharadwaj, who was granted default bail last week in the Koregaon Bhima-Elgar Parishad case, can be released from jail on furnishing the surety of Rs 50,000.

The Special Court also allowed her to submit a cash surety, paving the way for her release either later today or tomorrow from the Byculla Women’s Jail, after spending over three years in custody.

As per the high court directions, Special NIA Judge D. E Kothalikar also set the terms and conditions for the bail, including that she must reside in Mumbai, not to leave the city without the court’s permission.

Her plea to travel to Chhattisgarh, or Delhi was rejected by the court which also barred her talking to the media about the case, attend proceedings of the trial and ensure it is not delayed due to her absence.

Bharadwaj was arrested by Pune Police on August 28, 2018 in connection with the Koregaon Bhima-Elgaar Parishad cases and slapped with charges of the stringent UAPA. Later, the NIA took over the case probe in January 2020.

The investigators claimed in the chargesheet that documents found from some of the co-accused and other evidence established her links with Naxal activities and the banned CPI (Maoist).