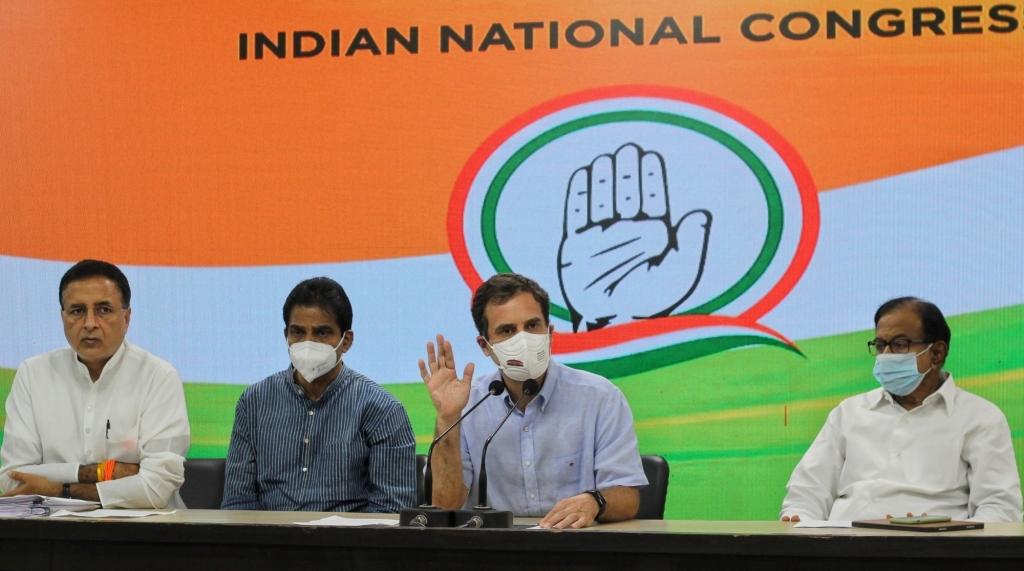 He also contended that the Congress is not opposing the privatisation process but “the entire NMP is designed to create a monopoly”.

Addressing a press conference at the party headquarters along with former Finance Minister P. Chidamabaram, Gandhi said: “The Prime Minister and the BJP said that the Congress had done nothing in last 70 years. There is a list here of all the assets that the Congress has helped build using the public money.”

“Now the Prime Minister is in the process of selling the crown jewels of this country.”

Listing out the sectors which are going to be privatised, Gandhi said that these are being sold and one can guess to whom it is going.

“And frankly, these will go to three to four people,” he said.

Announcing the measure on Monday, Sitharaman had said it is to unlock value in brownfield projects by engaging the private sector, transferring to them the rights but not the ownership in projects, and using the funds for infrastructure creation across the country.

But assailing the government, Gandhi said: “I want to tell the youths, your employment has been snatched, for farmers, three special farm laws have been made. And today I want to say what Prime Minister plans to give to his industrialist friends.”

This, he claimed, comprises 26,700 km of national highways worth Rs 1.6 lakh crore, Rs 1.5 lakh crore in railways with 400 railways stations, 150 private trains, railway tracks and warehouses. He further said that 42,300 circuit km of transmission network, 6,000 MW power generation, solar wind assets from NHPC, NTPC and NLC, and 8,000 km of national gas pipeline of GAIL are all going to be privatised.

Reiterating that these are going to be given to “only three to four people”, Gandhi said: “This is your future. Your future is being sold to these three four industrialists. It is reality.”

He, however, said that the Congress is not against privatisation.

“We had logic behind privatisation,” he said, adding that the industries, which were chronically loss-making and the companies with minimal market share were privatised.

“And the sectors where there were risk of private sector monopoly, we decided not to sell. But this entire scheme is designed to create monopoly,” he alleged.

“All the sectors that I have named are there to bring monopoly. We say do privatisation but not at the cost of loss to the country,” he said, claiming that when these assets are privatised or sold to private players, then there will very less employment opportunities.

“I had warned about Covid and you all made fun of me. When this starts your chances of getting employment will be less. The assets of India are being sold and it is an attack on your future,” he said, adding that the Prime Minister is not working for India but “for three or four people”.