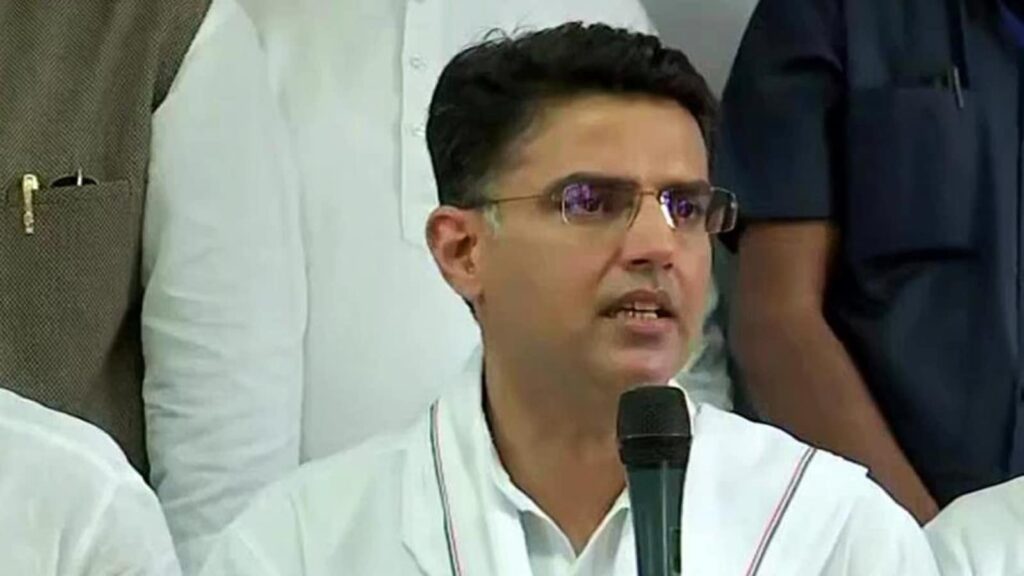 New Delhi : The Congress has called a meeting of its Rajasthan MLAs in Jaipur on Sunday and it is likely that they will be asked to name their preferences even as Sachin Pilot is emerging as the top choice of the party leadership.

Sources said the MLAs will be asked as to who could replace Ashok Gehlot. The observers will give the report to Sonia Gandhi and the change of guard could take place soon.

Meanwhile, reports are that the staunch supporters of the Gehlot camp have also spoken in favour of Sachin Pilot, with many going to the latter’s residence.

After meeting them, Pilot left for Delhi, triggering further speculation that he was the top runner for Rajasthan CM’s post.

In Delhi, hectic lobbying was on after Mallikarjun Kharge was appointed as Observer along with Ajay Maken, in-charge of Rajasthan