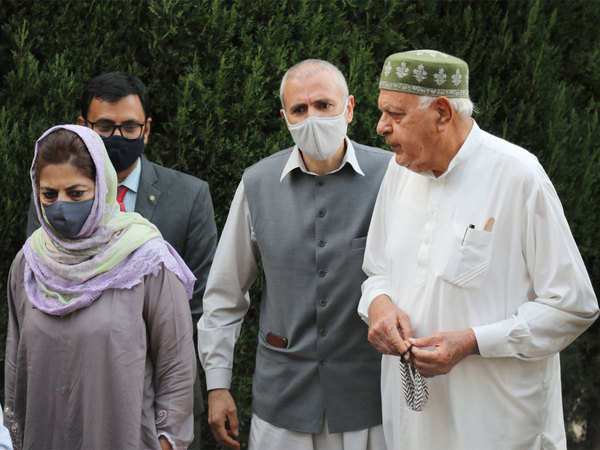 Srinagar: The People’s Alliance for Gupkar Declaration (PAGD) on Tuesday adopted a resolution on Tuesday for restoration of the pre-August 5, 2019 constitutional position of J&K and for full statehood of Jammu and Kashmir and Ladakh.

Speaking to reporters after a meeting of PAGD leaders, the spokesperson of the alliance and senior CPI-M leader Mohammad Yusuf Taragami said the conglomerate has passed a resolution for return of the pre-August 5, 2019 position for J&K.

He said PAGD has decided to reach out to the people of the country, civil Society and media.

“We want to appeal to the media and civil society of the country that we want our rights, we don’t want to live a life of humiliation,” he said. “The humiliation is not acceptable to PAGD.”

He said that the government’s promises about development and employment in Jammu and Kashmir stand exposed.

“The domicile law and claims of investment and development are before the people to see,” he said.

He said the PAGD constituencies will continue to strive for the rights of the people given in the constitution.

He said many people are in jails and the issue of confidence building measures was raised in the All Parties Meeting called by the Prime Minister.

“How many people have been released since that meeting, we want to know,” he said.