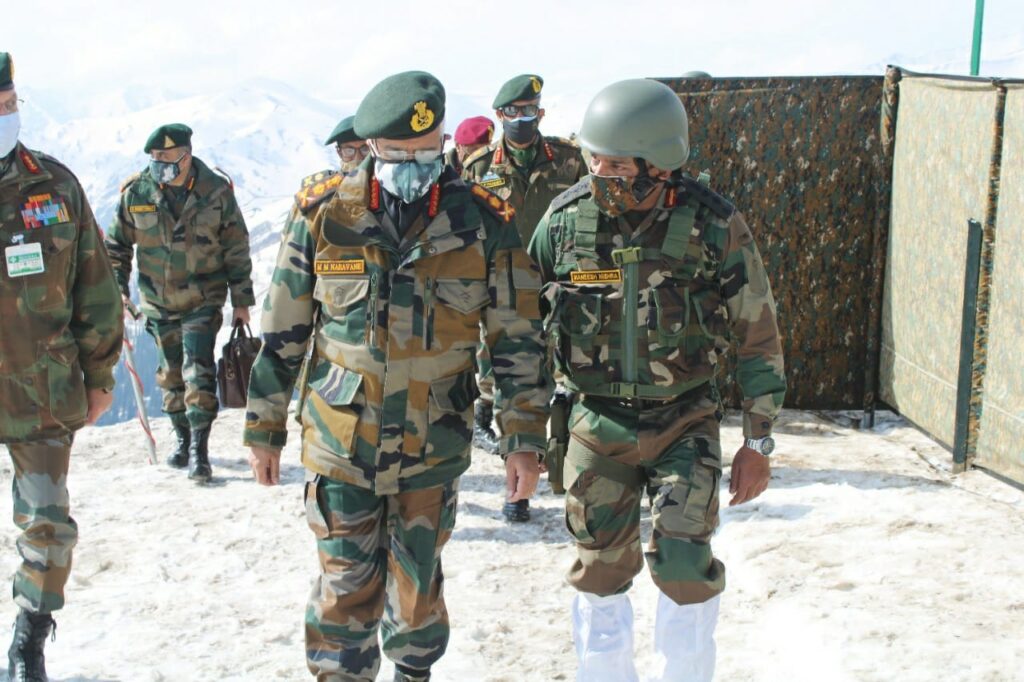 Srinagar, Chief of Army Staff (COAS), General M.M. Naravane, said on Thursday that the ceasefire is holding along the Line of Control, and the onus to sustain it lies with Pakistan.

On the second day of his two-day visit to Kashmir to review the security situation along the LoC and in the hinterlands, General Naravane told mediapersons, “We entered this (ceasefire) understanding with Pakistan at the end of February. The ceasefire is holding as of now. The responsibility and the onus of making the ceasefire hold are squarely on Pakistan. We are willing to observe the ceasefire as long as long as they do.”

General Naravane also said the terror infrastructure across the LoC is intact and forces cannot lower their guard.

“While the ceasefire is on, the other activities they are indulging in are continuing, i.e., the terror infrastructure which is there on the other side of the LoC, the terrorist camps etc. Therefore, there can be no slackening as far as we are concerned in our levels or preparedness,” the army chief said.

The ceasefire agreement along the LoC between India and Pakistan militaries was revived in February this year.

The COAS interacted with the troops and complimented them for their high morale and the state of operational preparedness.

While appreciating the current state of peace prevailing along the Line of Control, General Naravane cautioned all the commanders and troops to not let their guards down and to remain prepared to meet any emerging security challenges effectively, the army said.

The army chief also complimented all the government agencies for their close coordination in maintaining peace in the region and for reaching out to the people wholeheartedly to combat the Covid-19 pandemic.