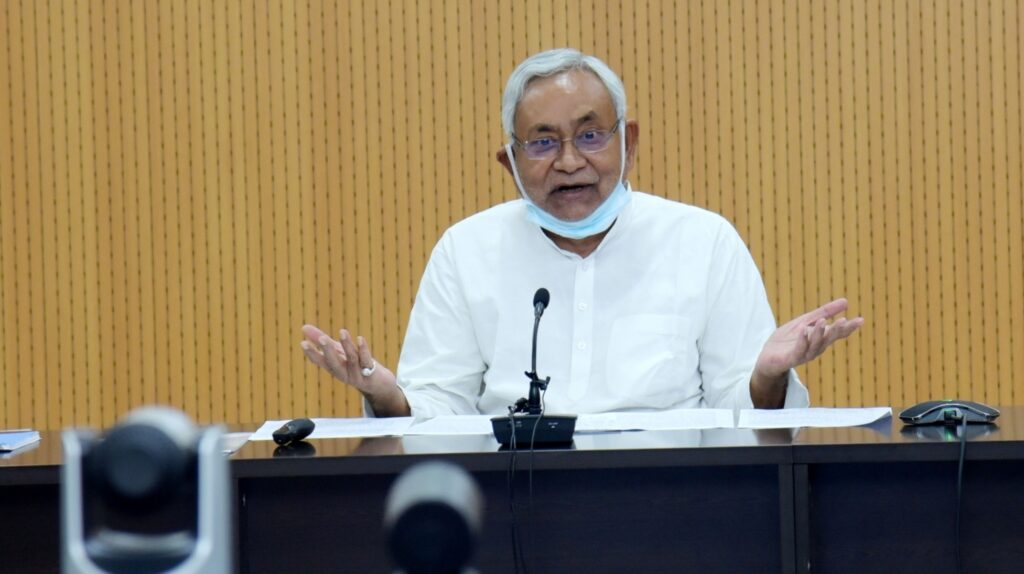 Chirag Paswan said Nitish Kumar has done the same with him as well by separating 5 MPs of the LJP.

Chirag Paswan wrote this letter a day after JDU national president R.C.P. Singh criticized him over the ‘former lion’s cub’ and ‘orphan’ statements.

Chirag on Saturday had said that he is the son of a lion and will fight like a lion in the present LJP crisis. As he lost control over the party after 5 MPs separated from him, he said he has become an orphan.

Chirag Paswan said that Nitish Kumar worked against Prime Minister Narendra Modi when the latter was projected as PM’s face of the NDA during the run-up to the parliamentary elections 2014.

“Nitish Kumar was the one who objected to Narendra Modi as PM face in 2014 parliamentary elections. He fought against BJP and other NDA alliance partners then and also in 2015 Bihar assembly elections. He ran a political movement against Narendra Modi. Nitish Kumar joined the NDA in 2017 again and became chief minister of Bihar with the help of BJP,” Paswan said in the letter while pointing out that Nitish Kumar is not a trustworthy person.

“Nitish Kumar-led Janata Dal United (JDU) is always involved in machination, bringing about splits in our party rank. In the 2005 assembly elections, we had 29 MLAs, but were split from the LJP. He did the same thing in 2020 when he took away the lone LJP MLA,” Paswan said.

“Nitish Kumar tried every possible way to kill Ram Vilas Paswan politically. He created differences between Dalit and Mahadalit communities in Bihar to take political advantage. On the other hand, my father always advocated these two communities as one unit. Kumar did not want a Dalit leader to achieve political success. Despite all that, my father did not step back and never compromised with Nitish Kumar,” Paswan said.

“We had a pre-poll alliance with BJP in the 2014 parliamentary elections and Nitish Kumar was in the opposite camp. When he joined the NDA in 2017, my father got distracted with the latest political development. He was not on good terms with Nitish Kumar. Then Narendra Modi gave him assurance and my father maintained the alliance pact. In the 2019 parliamentary elections, our 6 MPs lost due to the JDU’s campaign against them,” Paswan said.

“During first and second wave of Covid, many people lost their loved ones. When my father was in the ICU in a Delhi hospital, every leader in ruling as well as in opposition party called me and wanted to know the health condition of my father, but not Nitish Kumar. When my father was in a critical stage, Nitish Kumar said that Ram Vilas Paswan reached Rajya Sabha not because of his two MLAs, but with the support of the JDU. It was extremely shocking for me and my father when we heard that from Nitish Kumar,” Chirag Paswan said in the letter.

“My uncle Pashupati Kumar Paras alleged that I removed him from the post of Bihar state president of LJP. I want to point out that Ram Vilas Paswan Ji was alive then and he was the president of the LJP. It was his decision to remove him from the post of state president. My father did not differentiate between me and my cousin MP Prince Raj. My father wanted him to flourish in Bihar as a young face and hence he had given him the responsibility of state president. Unfortunately, Prince Raj also acted against me and went with Paras,” Paswan said.