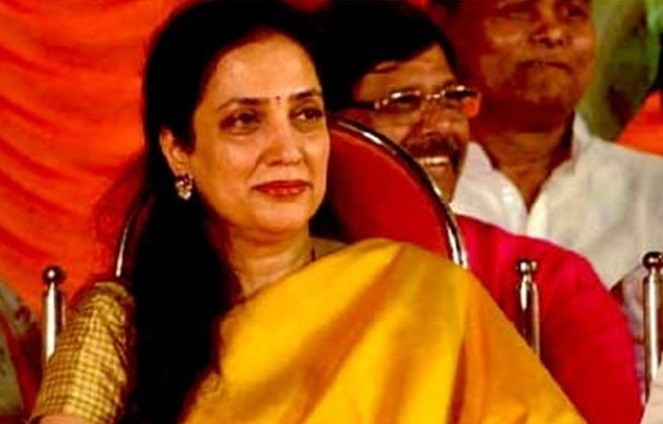 The tweet was posted by Jiten Gajaria, who is said to be a part of the BJP’s social media cell and he has been summoned for questioning by the Mumbai Police.

Earlier on Thursday, he was summoned by the Crime Branch CID-Cyber Cell for the offensive tweet which sparked a furore in political and social media circles.

On January 4, Gajaria posted a tweet with a picture of Rashmi U. Thackeray, with the caption: “Marathi Rabri Devi”, referring to the wife of Rashtriya Janata Dal President and ex-CM of Bihar Lalu Prasad.

Rabri Devi made global headlines when she was named as the Bihar CM by Lalu Prasad who was forced to quit after his involvement in the fodder scam came to the fore.

Despite facing ridicule for being a political novice, she went on to rule the state for eight years.

BJP Mumbai spokesperson Vivekananda Gupta said that Gajaria was called by the police at the Bandra Kurla Complex to record his statement, but no FIR has been lodged till evening.

In recent weeks, several BJP leaders have taken potshots demanding that Thackeray – currently indisposed since the past two months for a spinal problem – should appoint his wife Rashmi or son and Tourism Minister Aditya Thackeray as CM if he has no faith in any of his Shiv Sena colleagues or allies Nationalist Congress Party and Congress leaders.