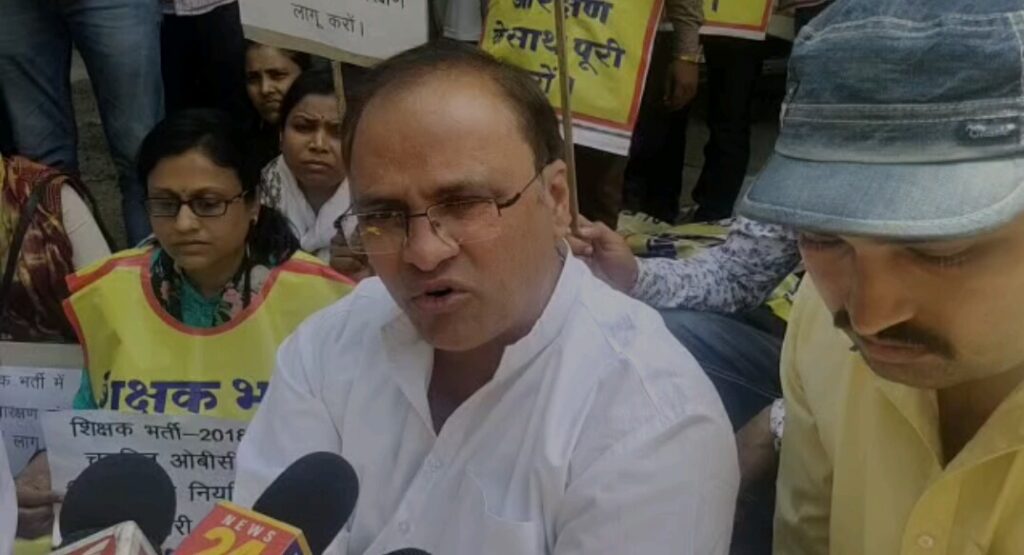 Bhopal : Despite the Supreme Court allowing holding of local body polls along with OBC reservation in Madhya Pradesh, the issue has stoked a massive row after OBC Mahasabha, an organisation representing the OBC community, called for a ‘state bandh’ on May 21 to raise the demand for 27 per cent reservation to the community.

This protest came a day after the apex court permitted the state government to continue with the elections along with reservation for OBCs in local bodies in the state with a limit of total 50 per cent reservation in it.

The OBC Mahasabha expressed its displeasure with the SC order, saying that giving only 14 per cent reservation to the OBCs will be injustice to the community.

“The SC’s order said the OBCs will get just 14 per cent reservation, whereas the quota should be provided as per the population of OBCs in the state — which is 48 per cent. Therefore, we are going ahead with our call for bandh,” said State President, OBC Mahasabha, Rakesh Singh Lodhi.

that the call for a bandh came after a meeting of state and national level office-bearers of the Mahasabha was held after the SC order was pronounced.

While the OBC organisation said both the BJP and Congress had deceived the OBC community on the issue of reservation, the call for the bandh was given against the BJP government in Madhya Pradesh, sources said.

Meanwhile, the opposition Congress has extended its support for the bandh, saying that the OBC must get 27 per cent reservation in local body polls instead of just 14 per cent.

“The OBC Mahasabha has given a call for bandh in Madhya Pradesh on May 21 for demanding reservation. The Congress party fully supports it,” said an official statement issued from the state Congress office on Thursday.

On Wednesday, the ruling BJP-led state government hailed the SC’s order, saying it was a “historic day” for Madhya Pradesh, and claimed that the government took all possible measures to ensure reservation for the OBC community.

The opposition Congress also hailed the top court’s ruling, but pointed out that it has capped the upper limit of reservation up to 50 per cent, due to which the OBC community will not be able to receive benefits of the 27 per cent quota.