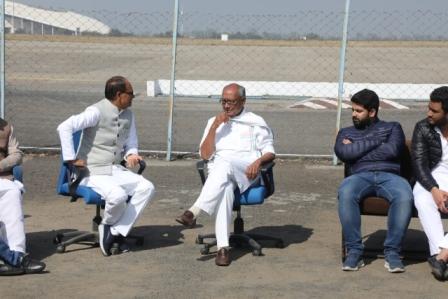 His last rites will be performed later in the day at his ancestral village Ankhmau in Narmadapuram district.

Some of the leaders who arrived at the airport were Chief Minister Shivraj Singh Chouhan, Congress MP Digvijaya Singh and his son Raghavgarh MLA Rajyavardhan Singh, state BJP president V.D. Sharma, as well as other politicians.

Meanwhile, over hundreds of people from the late politician’s ancestral village also came to the airport to pay homage.

The remains arrived at the Bhopal airport from New Delhi on board a chartered plane at around 11 a.m.

Yadav passed away on Thursday at 10.19 p.m. at Fortis, Gurugram, where he was brought in an unresponsive and unconscious state, according to a statement issued by the hospital.