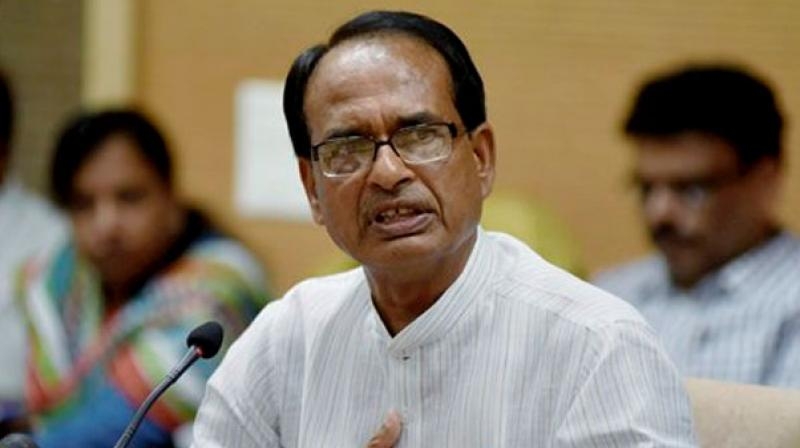 Bhopal : Madhya Pradesh Chief Minister Shivraj Singh Chouhan on Tuesday moved on Bhopal’s streets with a flower-decked handcart to collect toys and books for children. The move was part of a campaign to encourage people for adopting Anganwadi centres.

Accompanied by his cabinet colleague and the state medical education minister Vishwav Sarang and some BJP MLAs, Chouhan made his way through Ashoka Garden locality, where a large number of people, including children with piggy banks, gathered with books, toys and other items as donations for the initiative.

On May 20, Chouhan had announced that he will kick-start a campaign aimed at creating awareness for prevention of malnutrition among children. “I am going out on Bhopal streets with a handcart to collect toys for the children of Anganwadi, and create awareness about malnutrition among children. It is a mission to connect people to work. Why should our children remain malnourished? It is not the duty of the Anganwadi worker alone to make them free from malnutrition. There should be awareness in society.”

Chouhan’s campaign also received wide appreciation on social media. Actor Akshay Kumar in support of the mission tweeted, “I will be very happy if I can do anything for the Anganwadi kids. It’s a wonderful cause and I wish more power to you.”

Poet Kumar Vishwas also supported the move stating on social media that he will donate a few of his self-written children-literature and other necessary books for the kids.

However, the state Congress criticised the campaign calling it a well planned “drama” by Chouhan to divert attention of people from the real issues in the state.

“Shivraj Singh Chouhan never does anything that he is supposed to do. Whenever there is time to do anything, or to fulfil responsibilities, he instead indulges in making an event-drama,” said the state Congress president Kamal Nath.