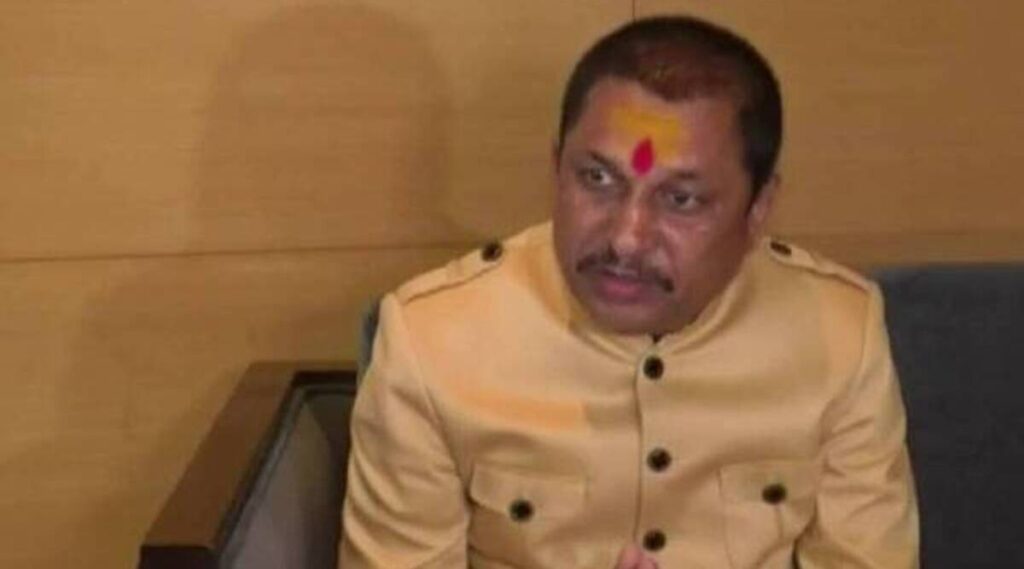 Bhopal : To seek attention of the Centre and Madhya Pradesh government on development of Chitrakoot, BJP MLA from Maihar Assembly constituency Narayan Tripathi began a three-day ‘dharma (religious) yatra’ on the surrounding of ‘Siddha Pahad’.

Several saints and seers of temples in Chitrakoot also joined the ‘padayatra’ (foot march), which to be completed after ferrying 84 km surrounding the Siddha Pahad on September 30.

The yatra will be followed by a ‘dharma sabha’ (religious meet) of Hindu priests and seers of all temples located in Chitrakoot on September 30.

While starting dharma yatra, BJP MLA said this yatra should not be seen a political move but a religious one.

He claimed this padayatra is beginning of a fight to push his demand to provide Chitrakoot importance like Ayodhya (Uttar Pradesh).

The Sidhha Pahad is no ordinary hillock, it has a mythological story behind it. It is believed that during his stay in the Chitrakoot forest during the 14 years of his exile, Lord Ram had pledged on the same hillock to eliminate the demons.

Earlier in August, a controversy had erupted after Satna district administration (Chitrakoot falls under Madhya Pradesh’s Satna district) proposed to legalise mining on the Siddha Pahad.

Tripathi was the first who opposed the decision and wrote to Chief Minister Shivraj Singh Chouhan, which prompted the later to announce a ban on mining in Sidha Pahad.

“We fought a legal battle for years for get back Lord Ram’s birthplace — Ayodhya and a huge temple is being constructed there. We are happy that the BJP-led Central government and Uttar Pradesh government made this possible. But, my question is that why Chitrakoot wasn’t given so much importance despite being the ‘Karmabhoomi’ of Lord Ram. When Ram came to Chitrakoot during his 14 years of exile, he was a ‘rajkumar’ (prince) and here in Chitrakoot he became Lord Ram, therefore, Chitrakoot is his ‘Karmabhoomi’. But, his Karmbhoomi wasn’t given importance and which is why today we have started this padayatra,” Tripathi .

When asked why other BJP leaders are not supporting this padayatra, the BJP MLA said, “They have to run their business. I do not run any business, therefore am not worried of any action against me.”

Tripathi claimed the move is beyond politics, however, political observers were of the view that the yatra is preparation for his political strategy.

He said that Chitrakoot has been deprived of development despite having a crucial connection with Lord Ram, adding that if a grand Ram temple is being constricted in Ayodhya, Chitrakoot should also be given equal importance.

THe BJP MLA said that a large size statue of Lord Ram should also be established in Chitrakoot. Besides, the area should be provided with facilities so that more people can visit Chitrakoot.

Tripathi had claimed that he would launch his own political party in the ucomming Assembly elections in Madhya Pradesh.

The BJP MLA had claimed he would fight elections in all 30 Assembly seats under the Vindhya region, which comprises districts such as Rewa, Sidhi, Satna, Umaria, Singrauli, Shahdol and Anuppur.

Tripathi had also said that he would launch his own party by November-December this year.