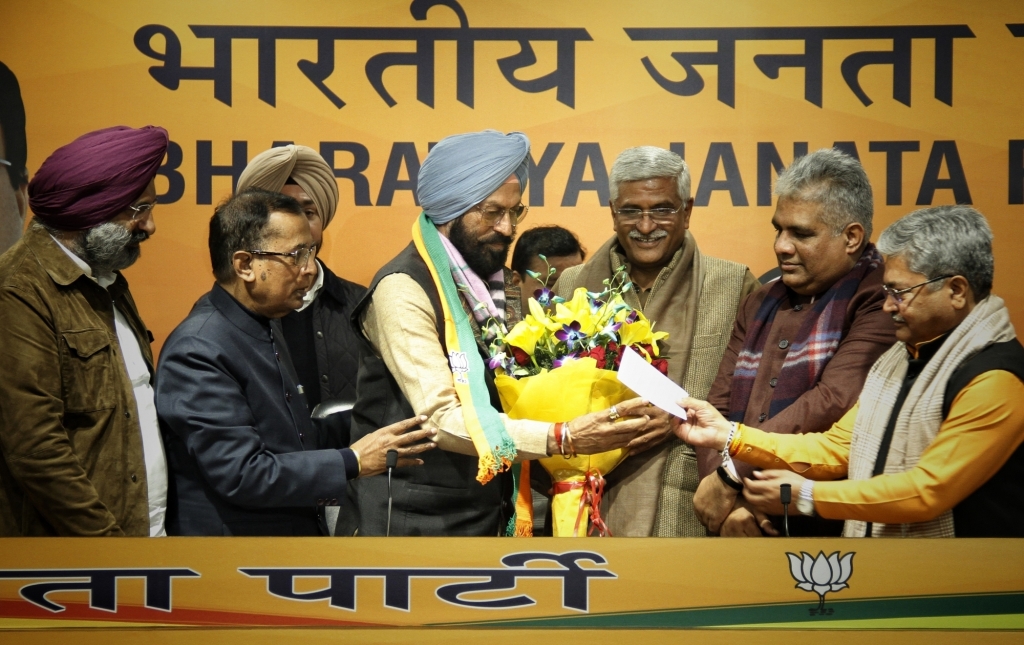 New Delhi : After enrolling senior Congress leader and MLA Rana Gurmit Singh Sodhi on Tuesday in the party, the BJP hinted that more leaders from the opposition camp will join the party in future before Punjab assembly polls.

A senior BJP functionary said that many leaders from opposition parties have approached us wishing to join the party. “After giving thoughtful consideration to their request, some will be welcomed in the party. Many big names from other political parties will join BJP before assembly polls in coming weeks,” he said.

He pointed out that only those with intention to serve the state and people will be inducted in the BJP. “Those believe in the BJP and are ready to serve Punjab and its people like other BJP workers are welcomed. There will be no pre-condition for joining,” he said. It is learnt that most leaders are from Congress and BJP’s former ally Shiromani Akali Dal (SAD) who have shown interest to join the saffron party.

Another leader pointed out that joining of senior leaders from other parties will strengthen the BJP and will also definitely benefit in the elections. “Leadership has clarified to all those who have already joined and shown interest to join that their joining will happen without any pre-condition like an assurance for the ticket,” he said.

Punjab assembly elections will be held in February-March next year along with Uttar Pradesh, Uttarakhand, Manipur and Goa.

Earlier after its alliance broke up with its oldest alliance partner, the BJP has announced that it will contest all the 117 assembly seats in Punjab.