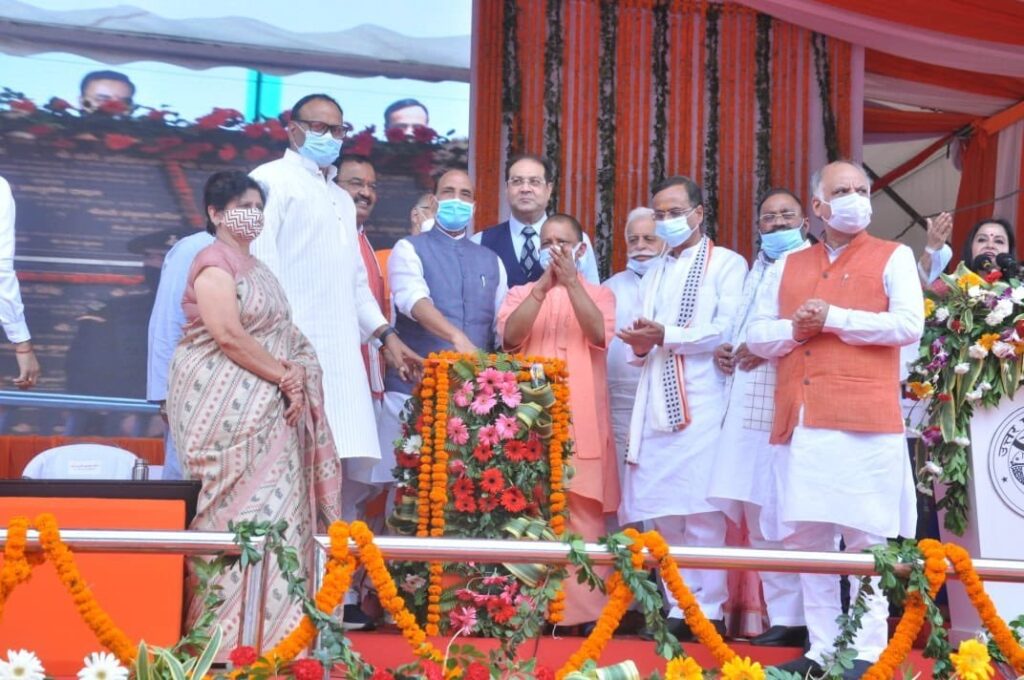 Lucknow : Defence Minister Rajnath Singh on Tuesday launched projects worth Rs 1,700 crores in Lucknow which is his parliamentary constituency.

Rajnath Singh, who was accompanied by Chief Minister Yogi Adityanath, said that the almighty had created an ‘unparalleled Jodi’ of Modi and Yogi.

“I would not have been able to do so much work in Lucknow if Yogi Adityanath had not been the chief minister. My effort has been to make Lucknow a beautiful city. Deputy chief minister Keshav Maurya has also helped me in this,” he said.

He said that during his recent visit to Tamil Nadu and Karnataka, he found that people were appreciating Yogi ji’s work. He continued to work during the pandemic even though he himself was Corona positive, he added.

Rajnath Singh said that the chief minister’s efforts to take care of Covid orphans had touched his heart. “He has presented a model of good governance and criminals now fear him,” he added.

Talking about Lucknow, Rajnath Singh said that traffic was still a problem in Lucknow that now had a population of 45 lakhs and the number of vehicles on the road was 26 lakhs.

Yogi Adityanath, meanwhile, listed the achievements of his government and thanked Prime Minister Narendra Modi for his guidance and encouragement.

The defence minister inaugurated and laid the foundation stone of 180 development projects.

The projects include the inauguration of Chowk flyover and Kisan Path.