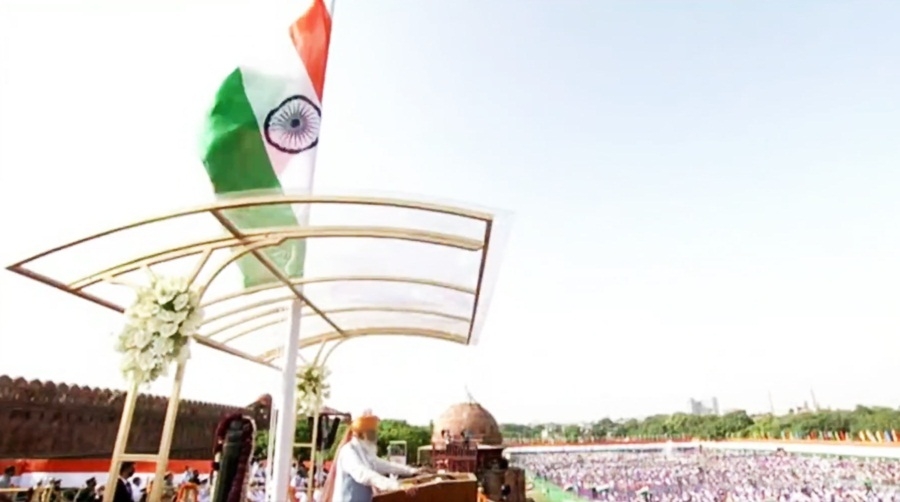 Soon after Modi unfurled the Tricolour, following which the national anthem was played, the Indian Air Force (IAF) threw flowers from the sky.

Before that, Modi inspected the security arrangements as the historic Red Ford is all set to celebrate the 75th Independence Day.

Delhi’s Red Fort, from where Prime Minister unfurls the national flag and address the nation, has been decorated with colorful flowers and numberous national flags across the premises.

Every year on the occasion of Independence Day, the Prime Minister of India along with his adress to the nation also makes some major announcements.